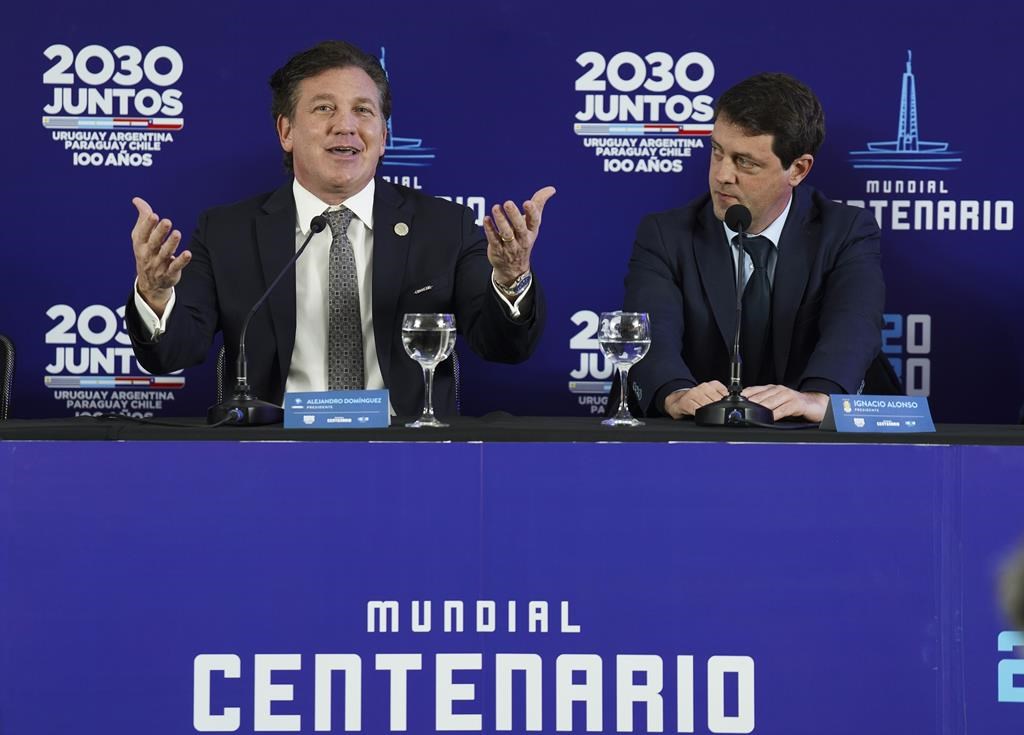 Uruguay President Luis Lacalle Pou hosted the leaders seeking to bring another World Cup final to the same Centenário Stadium in Montevideo where it was played in the first edition of the tournament in 1930. Then, Uruguay beat Argentina 4-2.

Alejandro Domínguez, the president of South American soccer body CONMEBOL, said in a press conference that the candidacy “is the dream of the continent.”

“One hundred years (since the first World Cup) will be achieved only once. And it has to come back home,” Domínguez said. “We believe that is more than enough of a reason for FIFA to accept that this becomes the only bid.”

Spain and Portugal also have a joint bid for the 2030 World Cup.

The four South American nations started considering their candidacy in 2017. Brazil hosted the World Cup in 2014.

FIFA executives expect the 2030 pick will be made within two years. Qatar will host this year’s tournament, and the 2026 edition will be held in the United States, Mexico and Canada.