After the rain comes the heat in flooded Kentucky towns

After the rain comes the heat in flooded Kentucky towns 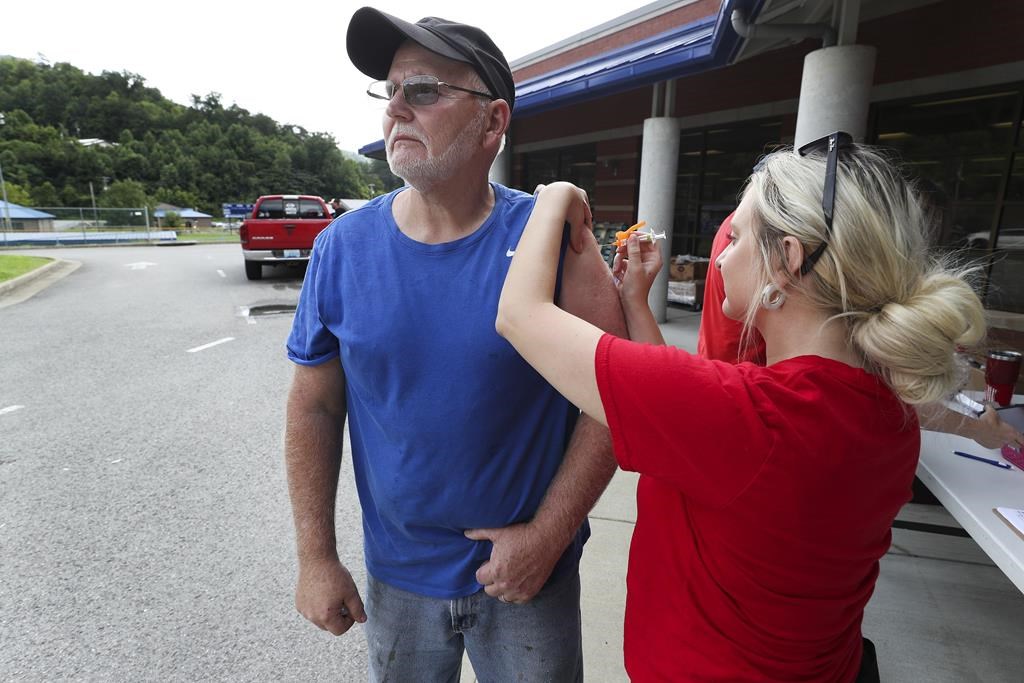 FRANKFORT, Ky. (AP) — The rain that unleashed massive floods in Appalachian mountain communities was diminishing on Tuesday, leaving survivors to face a new threat: baking in the heat as they try to recover.

“It’s going to get really, really hot. And that is now our new weather challenge,” Kentucky Gov. Andy Beshear said at his Tuesday morning briefing on the disaster.

The death toll stood at 37 on Tuesday after more bodies were found Monday in the ruined landscape, and while more than 1,300 people have been rescued, crews were still trying to reach some people who remain cut off by floods or mudslides, he said. Hundreds remained unaccounted for, a number that should drop once cell phone service is restored and people can tell each other they’re alive.

“It is absolutely devastating out there. It’s going to take years to rebuild. People left with absolutely nothing. Homes that we don’t know where they are, just entirely gone. And we continue to find bodies of our brothers and sisters that we have lost,” Beshear said.

The National Weather Service warned that slow-moving showers and thunderstorms could provoke more flash flooding through Tuesday morning along waterways swollen by Sunday’s heavy rain, a dismal coda to last week’s historic floods. That includes communities just across the state line in Virginia and West Virginia, where some people also remained without power.

Cooling stations are being set up in buildings that were spared the floods as more than 9,600 customers remain without electricity in eastern Kentucky, Beshear said.

“With the heat coming up, we put out the call for cooling stations. And they have been set up in time, in fact before this heat. We may, for the first time, be ahead of the weather,” he said.

“I know you may be out there working to salvage whatever you can. But be really careful Wednesday and Thursday when it gets hot,” the governor said. “We’re bringing in water by the truckloads. We’re going to make sure we have enough for you. But you’re going to need a cool place at least to take a break.”

For hundreds of people whose homes were damaged or destroyed, that place was an emergency shelter. As of Tuesday, nearly 430 people were staying at 11 such shelters, and 191 more were being housed temporarily in state parks, Beshear said.

President Joe Biden declared a federal disaster to direct relief money to counties flooded after 8 to 10 1/2 inches (20 to 27 centimeters) of rain fell in just 48 hours in parts of eastern Kentucky, southern West Virginia and western Virginia.

The disaster was the latest in a string of catastrophic deluges that have pounded parts of the U.S. this summer, including St. Louis. Scientists warn that climate change is making such events more common.

Chris Campbell, president of Letcher Funeral Home in Whitesburg, said his 90-year-old grandmother lost the entire home where she’s lived since 1958. She managed to escape to a neighbor’s house with only some photos. Everything else is gone. And now he’s handling burial arrangements for people he’s known personally, like a 67-year-old woman who had a heart attack trying to escape from the rising water.

“These people, we know most of them. We’re a small community,” he said of the town about 110 miles (177 kilometers) southeast of Lexington. “It affects everybody.”

Credit: After the rain comes the heat in flooded Kentucky towns