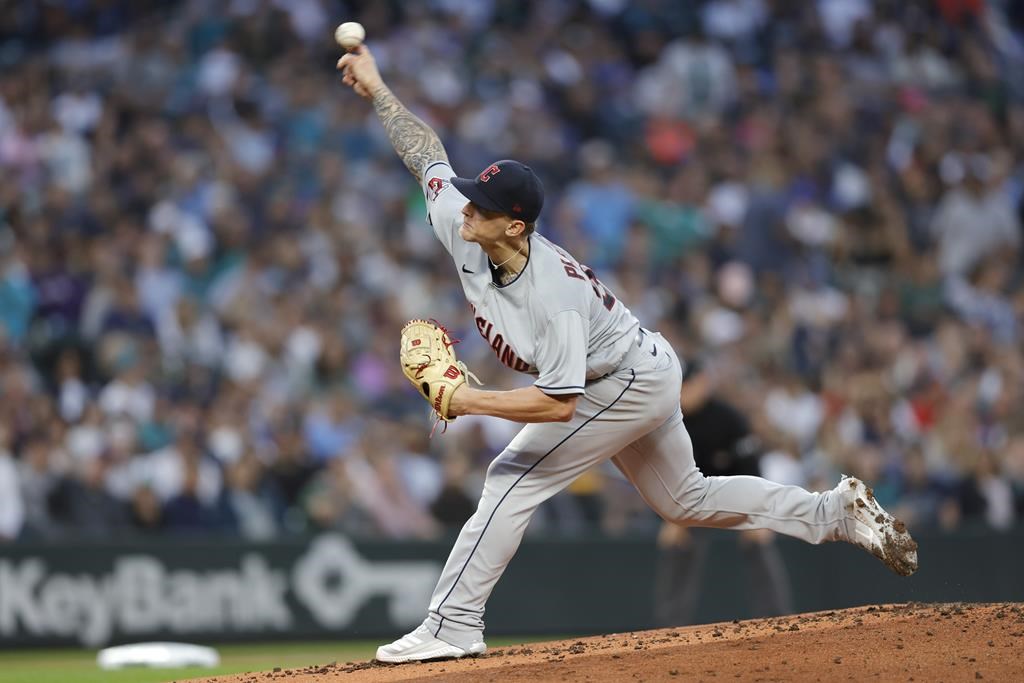 CLEVELAND (AP) — Trying to hang on to their slim lead in the AL Central, the Cleveland Guardians lost two starting pitchers to injury on Friday.

Both Zach Plesac (broken hand) and Aaron Civale (forearm inflammation) were placed on the 15-day injured list before Cleveland, which leads Minnesota by just one game, opened a three-game series against the Seattle Mariners.

Plesac was supposed to start Friday’s opener, but the right-hander was scratched about four hours before the scheduled first pitch. Rookie Cody Morris will make his major league debut against the Mariners.

The Guardians said Plesac has a fractured fifth metacarpal. He has been plagued by a lack of run support this season and is just 3-11 with a 4.39 ERA in 23 starts.

This will be Civale’s third trip to the injured list this season.

The right-hander missed time with a wrist sprain and then with a strained glute. He’s 2-6 with a 5.40 ERA in 16 games.

The 25-year-old Morris was activated from the 60-day injured list Thursday. The right-hander had been sidelined with a back strain suffered during spring training. At Triple-A Columbus, he posted a 2.35 ERA in six appearances.