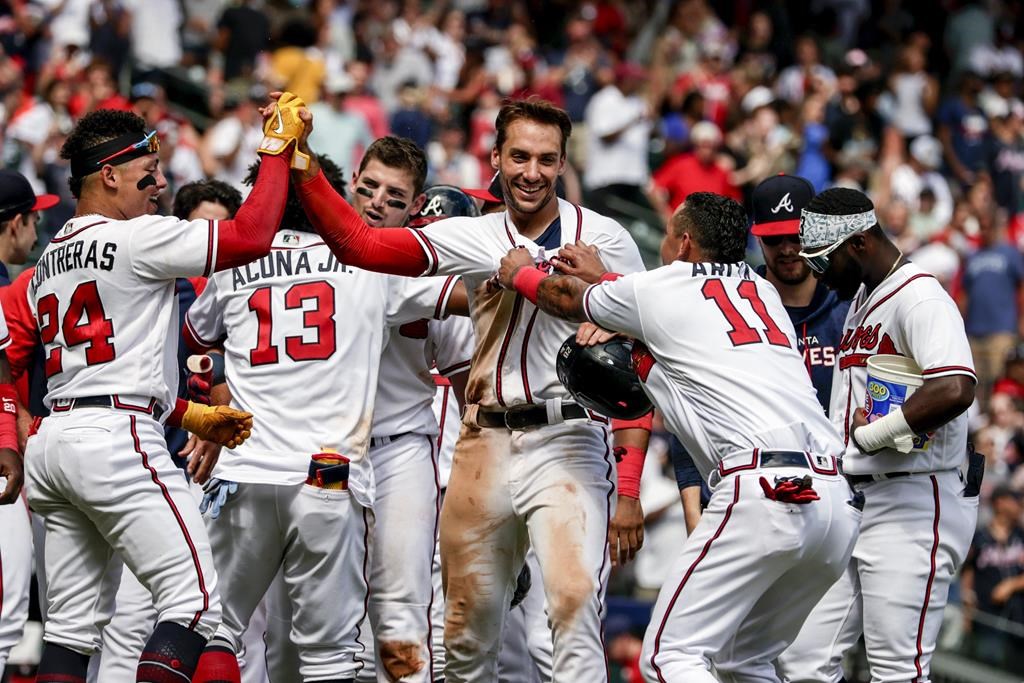 ATLANTA (AP) — All-Star third baseman Austin Riley and the Atlanta Braves agreed Monday to a $212 million, 10-year contract that starts in 2023, the most lucrative deal in team history and a surprise given he had three additional seasons under club control.

The deal with the 25-year-old is Major League Baseball’s 25th for $200 million or more. It includes a $20 million club option for 2033 with no buyout, which could make the agreement worth $232 million over 11 seasons.

Riley capped the memorable month by delivering the winning double in the ninth inning of Sunday’s 1-0 win over Arizona, driving in Matt Olson to cap a three-game sweep.

Riley is earning $3.95 million this year after losing in arbitration. He would have been eligible for arbitration ahead of the 2023, ‘24 and ’25 seasons, then could have become a free agent.

The deal provides long-term security for Riley while giving the Braves the ability to count on the slugger remaining a fixture in the middle of their lineup for at least a decade.

The defending World Series champion Braves were unable to re-sign first baseman Freddie Freeman after the 2021 season and could lose shortstop Dansby Swanson to free agency after this season. After failing to re-sign Freeman, the Braves acquired Olson from Oakland and signed him to a $168 million deal for eight years.

Outfielder Ronald Acuña Jr. is in the second year of a $100 million, eight-year deal.