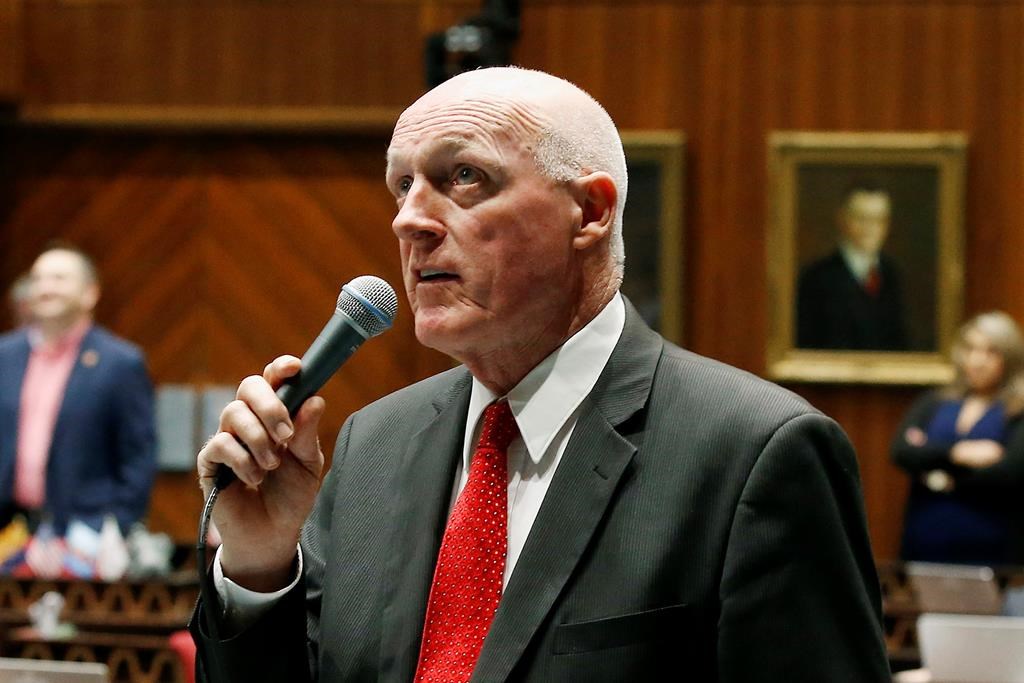 PHOENIX (AP) — The Republican speaker of the Arizona House faces voters Tuesday and the anger of supporters of former President Donald Trump after he rejected pleas to help overturn the 2020 election results and testified before Congress about the efforts.

Speaker Rusty Bowers is trying to move to the state Senate because of term limits and faces an opponent who criticizes him for refusing to help Trump or go along with a contentious 2021 “audit” that Republican leaders in the Senate commissioned.

Bowers faces an uphill battle in the eastern Phoenix suburb of Mesa, especially after the state Republican Party censured him following his June testimony before the panel investigating the Jan. 6, 2021 attack on Congress and Trump endorsed his opponent, former state Sen. David Farnsworth.

“I’m well aware that I’m highly distrusted,” Bowers told The Associated Press. “My district is a very Trump district, and who knows how this is all going to work out.

“And if it doesn’t work out, great, I’d do it all again the same way,” Bowers said.

Trump pressured Bowers to help with a plan to replace electors committed to now-president Joe Biden during a phone call weeks after Trump lost the 2020 election. Bowers refused.

Bowers insisted on seeing Trump’s evidence of voter fraud, which he said Trump’s team never produced beyond vague allegations. He recalled Trump lawyer Rudy Giuliani later told him, “We’ve got lots of theories, we just don’t have the evidence.”

Bowers is a conservative Republican, but Farnsworth said he’s not conservative enough and has become less so since becoming speaker following the 2018 elections.

“Of course, the big issue, I think, for everybody is the fact that I strongly believe that there was fraud in the 2020 election,” Farnworth said in an interview last week. “And I feel like Rusty failed …. to take responsibility as speaker of the House and look into that election.”

The Farnsworth-Bowers battle is one of several brewing that involve current or former Arizona lawmakers.

Townsend said she felt compelled to run against Rogers when she refused to refute white nationalism after speaking at a conference in Florida in February.

“If I don’t run against her and make that statement, win, lose or drawn then her actions become our own,” Townsend said Monday. “It sort of spoils the whole (Republican) party.”

Rogers has earned a national following, raising a whopping $3 million from donors across the country since taking office in early 2021. Townsend had raised about $15,000, much more typical for a state legislative race.

In the west Phoenix suburbs, former Rep. Anthony Kern, who attended Trump’s Jan. 6 U.S. Capitol rally that led to the attack on Congress and unsuccessfully sued Democrats who asked the Department of Justice to investigate him, is seeking to return to the Legislature. He was defeated in his 2020 House primary and is now aiming for a Senate seat.

Also trying for a political comeback is former Rep. Steve Montenegro, whose 2018 run for Congress was upended by a sexting scandal. He’s among four Republicans running in a west Phoenix House district for two open House seats.

Democratic Reps. Diego Espinoza and Richard Andrade are facing off after being drawn into the same district in the western Phoenix suburbs. And Sen. Lela Alston, considered the most experienced lawmaker in the Legislature, is facing two challengers in her central Phoenix district. One of them, political unknown Al Jones, has sought attention by buying billboards across the city.