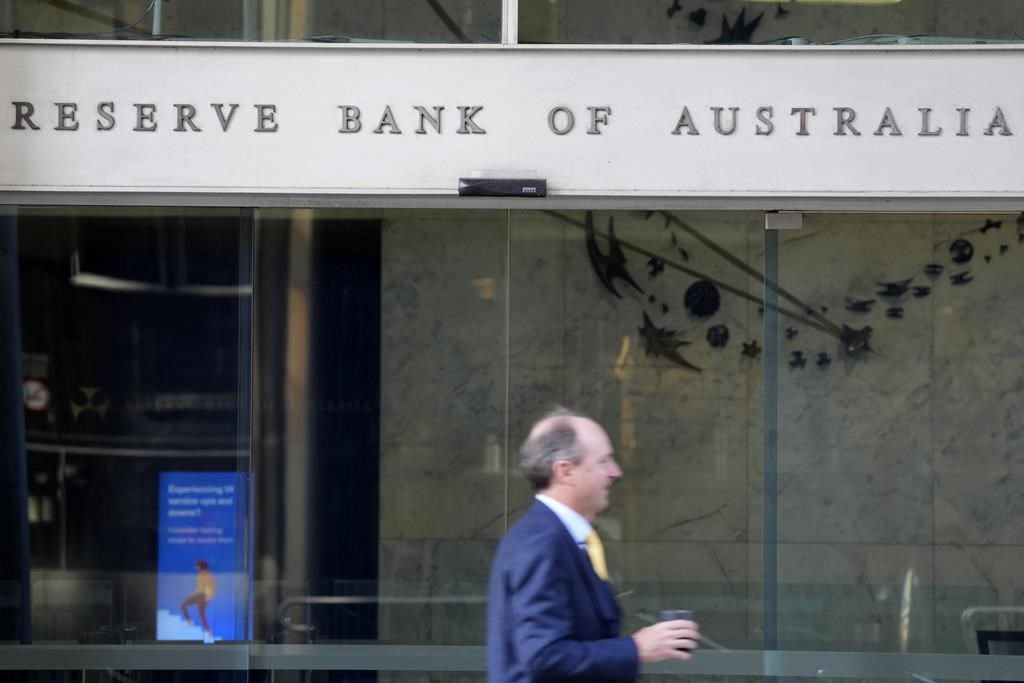 CANBERRA, Australia (AP) — Australia’s central bank on Tuesday boosted its benchmark interest rate for a fourth consecutive month to a six-year high of 1.85%.

The Reserve Bank of Australia’s decision was the cash rate’s third consecutive hike of half a percentage point.

When the bank lifted the rate by a quarter percentage point at its monthly board meeting in May, it was the first rate hike in more than 11 years.

Reserve Bank Governor Philip Lowe said his board “places a high priority on the return of inflation” to a target range of 2% to 3% “over time, while keeping the economy on an even keel.”

“The path to achieve this balance is a narrow one and clouded in uncertainty, not least because of global developments,” Lowe said in a statement.

Inflation only rose by 3.5% during the last calendar year.

“This decision doesn’t come as a surprise. It’s not a shock to anybody, but it will still sting,” Chalmers told Parliament.

Lowe is under mounting criticism over his forecast in November last year that the cash rate would remain at a record low 0.1% until 2024 despite pandemic-induced inflation.

Warren Hogan, a former economic adviser to a previous Australian government and chief economist at both the ANZ and Credit Suisse banks, said Lowe had misled borrowers into taking on more debt than they should have.

Over-extended first-home buyers were “staring down the barrel of the most significant tightening of monetary policy in the modern era,” Hogan told Australian Broadcasting Corp.

“I can’t see how much bigger an error a central bank and its board can make and it’s all about the credibility of the institution,” Hogan said, referring to the forecast of continuing low interest rates.

The government announced last month a wide-ranging review of the bank and monetary policy.

Australian home prices were falling at the fastest pace since the global financial crisis in 2008 and market conditions were “likely to worsen” as interest rates continue to rise, adding to costs for home buyers, property analytics firm CoreLogic reported on Monday.

Commonwealth Bank of Australia economists predict national home prices could fall 6% by the end of the year, with a further 8% decline possible in 2023.