Big Blue adapt to the grind

Big Blue adapt to the grind 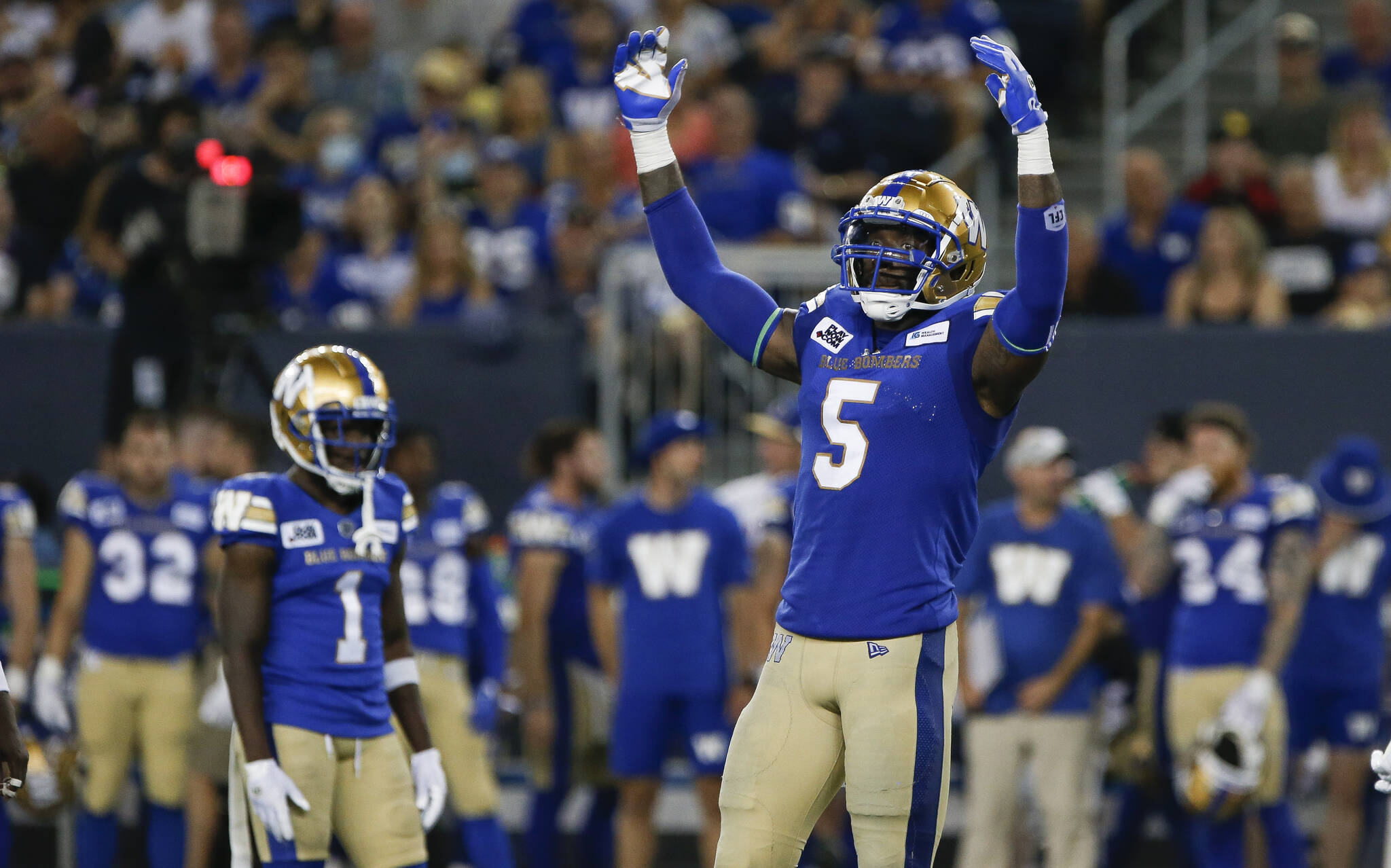 Willie Jefferson refuses to dwell on the war of attrition that the Bombers’ season has been to this point.

By week’s end, the Big Blue will be the only team in the CFL that hasn’t had a bye, typically used by players to enjoy some R&R while giving themselves a break from the rigours of the schedule.

The club will also play a third-straight game on the road this week when they do battle with the Montreal Alouettes at Percival Molson Memorial Stadium on Thursday, in what is a short turnaround from Saturday’s win in Calgary.

It’s a headscratcher when teams such as the B.C. Lions, Calgary Stampeders and Toronto Argonauts have each enjoyed two bye-weeks through the first eight weeks of the season.

Yet, the Bombers are still 8-0, atop the league standings and once again appear to be the team to beat, coming off a game in which the team was flying on all cylinders, despite the odds being stacked against them. So it’s easy to believe Jefferson when he says the team’s intensity in practice hasn’t wavered through the tough stretch.

“Not at all. This is something that you want. We’re the only team in the league that’s 8-0. Like, if it’s hard for you to find a reason to get up in the morning, to wanna be great, to wanna be the number one team in the league, this isn’t the team for you,” the star defensive end said Tuesday after a closed practice.

“I’m not saying it’s easy… but once you walk into the building you kind of get that shaken off… We pick each other up and that’s something we do every day. We all try to keep each other motivated and optimistic as much as possible.”

The Bombers are exhibit A of what the marathon season can do to a team, despite the success it’s having. A slew of injuries has pushed the two-time reigning champs to rely on their depth at key positions, forcing players and coaches on both sides of the ball to adapt on the fly.

Head coach Mike O’Shea said he’s careful to not be lenient about the intensity his team shows throughout the week, but will tweak practices to take care of his players, especially in a gruelling stretch such as the one the Bombers are in.

“They’re expected to work to that tempo, so it’s their job to take care of their bodies as best they can… And then it comes down to when we’re on the practice field. This week, I’d probably give a very short whistle so that they (get their) burst in and then they’re done.”

O’Shea noted the confidence he has in his players, who “have a great understanding of what they’re doing,” entering the tail-end of a stretch that has seen the team travel to Alberta twice and will now see them head east. At this point in the season, he said, players are relying on the fitness level that they’ve maintained since training camp.

“They’ve been building this for a number of years, right? So it just kinda rolls along. I’m not sure (we’re) digging deeper than any other week, right? If you don’t play your best, somebody’s gonna beat you no matter what. Byes, time off, days off, all that stuff doesn’t really enter into a lot of discussions.”

“If you don’t play your best, somebody’s gonna beat you no matter what.” – Head coach Mike O’Shea

Rookie receiver Dalton Schoen can be looked at as a bit of an outlier in this conversation, being that he hasn’t endured a professional schedule before and he’s playing his first full season since 2019 at Kansas State University.

The 25-year-old signed as an undrafted free agent with the Los Angeles Chargers in 2020 before spending time on his hometown Kansas City Chiefs’, and the Washington Football Team’s, practice rosters in 2021.

“It’s definitely been tough, especially with some of the short weeks we’ve had, some tight turnarounds between games and stuff like that. And our travel schedule has been all over the place,” the breakout receiver said.

“It’s been interesting for me to get my body going back to that, ‘in-season mode’ compared to where it’s like I’ve been in ‘offseason mode’ and then I’ve been in some NFL training camps and then kind of back to off-season mode… I feel like my body is adjusted well, and mentally, yeah, it’s definitely a grind.”

Whatever he did to get back to that mode, he should keep doing. A mid-season contender in the rookie of the year race, Schoen has turned into one of the Bombers’ key contributors by way of injuries to the receiving corp.

“I think coach said it well: the schedule is what it is. We can’t do anything about it, but at the same time, we have to be aware of it so that we know where we need to put in the actual work when it comes to getting our bodies back.”

The Bombers’ will have their first bye in Week 11 after a date at home with the Alouettes on Aug. 11.