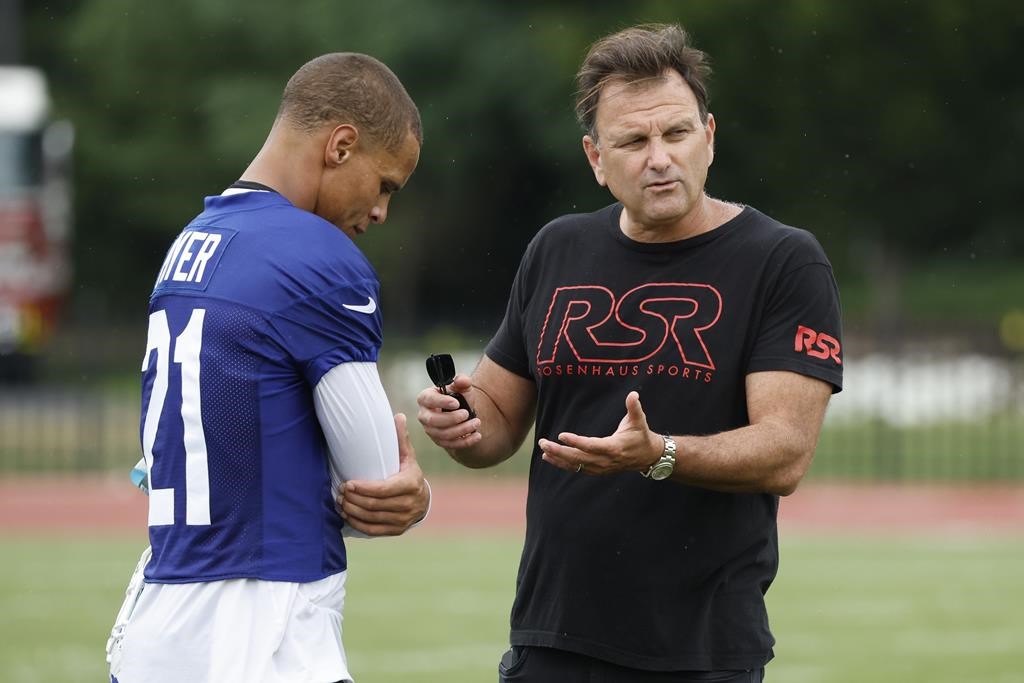 PITTSFORD, N.Y. (AP) — Buffalo Bills starting safety Jordan Poyer was in such pain after hurting his left elbow he needed to be carted away during a training camp practice on Tuesday.

The Bills were not able to provide any update on the severity of the injury because Poyer was getting additional tests. He was hurt during the final team drills of the day, when he was struck in the left arm by a teammate’s helmet.

Poyer grimaced as he laid down on the sideline while being tended to by medical staff. As he was being escorted to the training facility, Poyer bent down and knelt in pain before getting up to sit in a chair to wait for a cart to arrive.

The injury occurred with Poyer seeking a contract extension. The 10th-year player is entering the final season of his current deal and declined to attend the team’s voluntary spring practices.

Though no deal has been completed, Poyer expressed hope an extension could be negotiated after his newly hired agent, Drew Rosenhaus, arrived for the start of training camp to meet with general manager Brandon Beane.

The Bills are suddenly banged up at safety. Fellow starter Micah Hyde has been limited at practice since hurting his left hip on Friday. Poyer and Hyde have spent the past five seasons serving as Buffalo’s starting tandem.