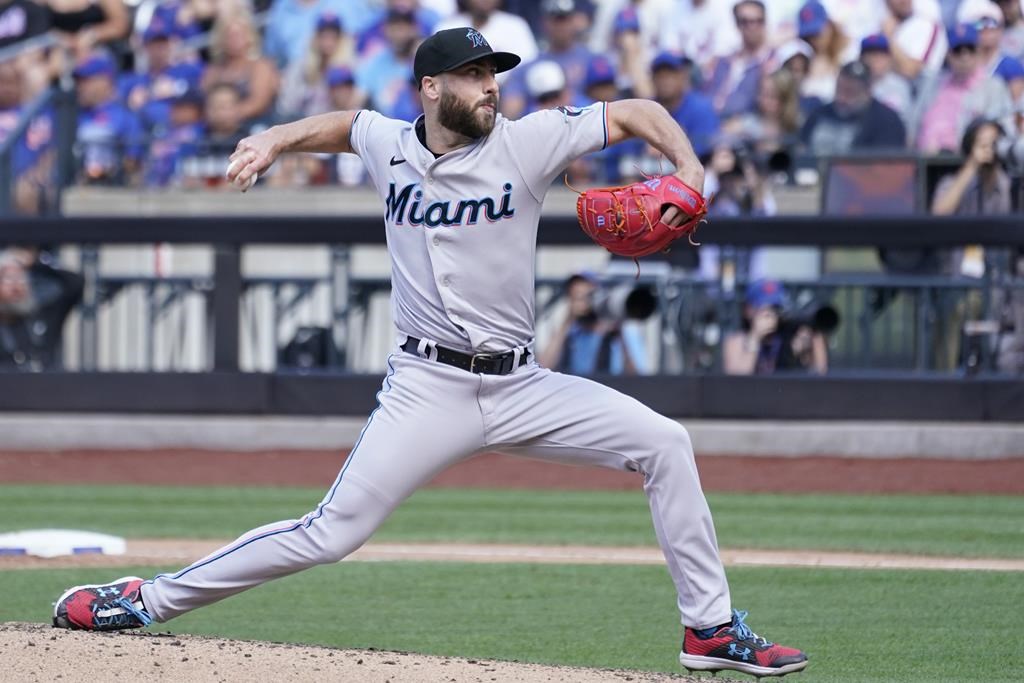 The Jays also acquired aplayer to be named later in the deal.

The 25-year-old Pop, from Brampton, Ont., has a 2-0 record with a 3.60 earned-run average in 18 appearances with the Marlins this season, his second in the majors.

He was drafted by the Blue Jays in the 23rd round of the 2014 MLB draft, but decided not to sign and instead played collegiately at the University of Kentucky.

In other moves, left-handed pitcher Anthony Banda was been designated for assignment and lefty Andrew Vasquez was been claimed off outright waivers by Philadelphia.