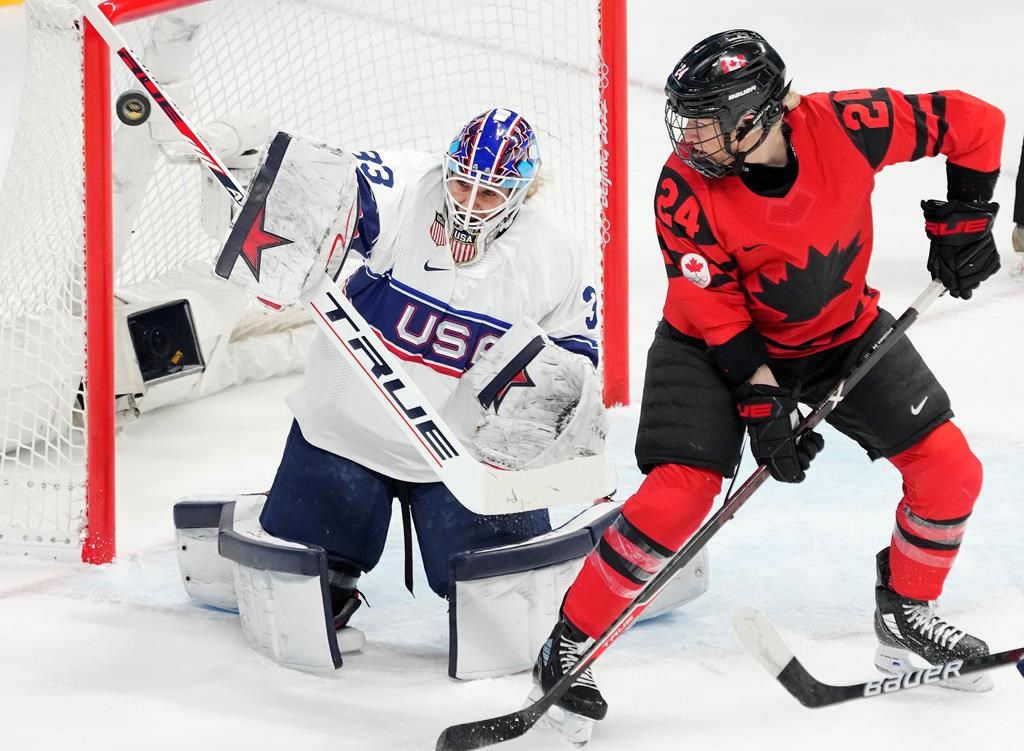 COLORADO SPRINGS, Colo. – Canada and the United States will square off in a seven-game women’s hockey Rivalry Series this winter.

One of the games will be played Nov. 20 in Seattle’s NHL arena, USA Hockey announced Tuesday.

Other dates and locations have yet to be announced.

The 2021-22 Rivalry Series was cut from eight games to six because of the COVID-19 pandemic, with the final two games in Edmonton and Red Deer, Alta., called off in January.

Canada posted a 4-1-1 record ahead of the Olympic Games.

Canada also edged the U.S. 3-2 in overtime to win last year’s women’s world championship in Calgary, which snapped a run of five straight world titles by the Americans.