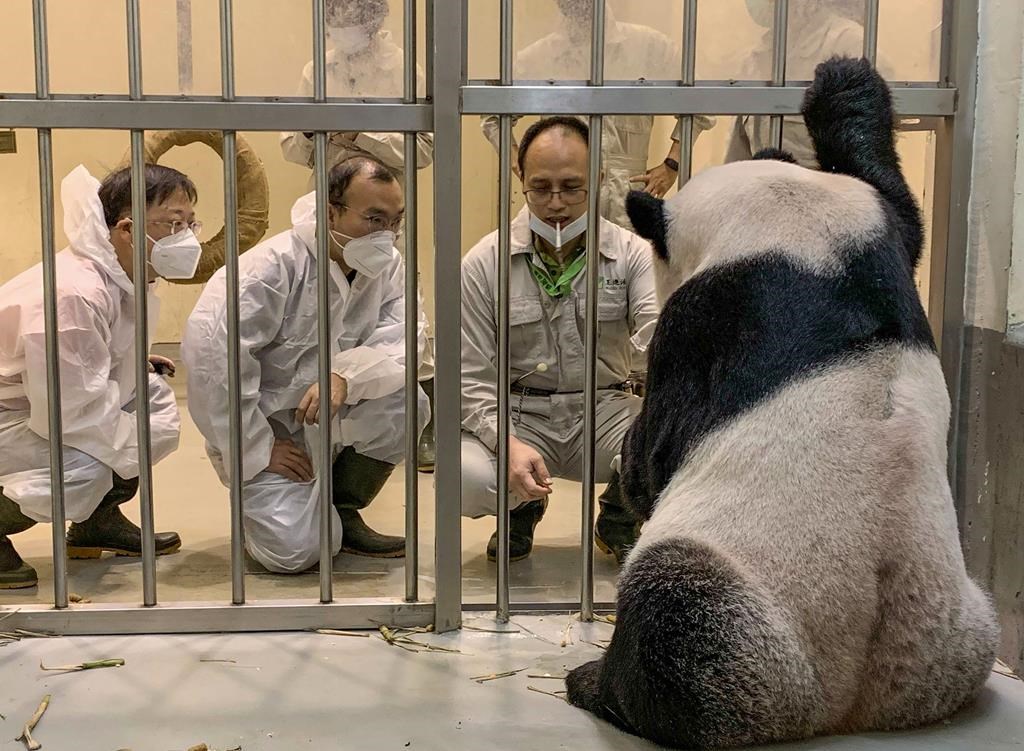 TAIPEI, Taiwan (AP) — Taiwan has welcomed a pair of experts from China to help with an ailing panda in a rare opportunity for contact between the sides.

The two experts arrived Tuesday after Taipei Zoo’s Tuan Tuan, suspected to have a malignant brain tumor, took a turn for the worse. The giant panda and his mate, Yuan Yuan, were gifted to the zoo in 2008 during a time of warming relations between China and Taiwan, which split amid civil war in 1949.

Ties have deteriorated since then, with Beijing cutting off contacts in 2016 following the election of independence-leaning President Tsai Ing-wen, who was re-elected in 2020. Polls routinely show Taiwanese rejecting China’s demand for political unification between the sides, favoring instead the status quo of de-facto independence.

China sends pandas abroad as a sign of goodwill but maintains ownership over the animals and any cubs they produce. The animals are native to southwestern China and are an unofficial national mascot.

An MRI on Tuan Tuan showed that lesions on his brain had grown in a sign the disease was “progressing rapidly,” the zoo said in a news release.

The experts, Wu Honglin and Wei Ming, have long experience working on panda health and reproduction at the main panda research base at Wolong in China’s Sichuan province.

Pandas, which reproduce rarely in the wild and rely on a diet of bamboo, remain among the world’s most threatened species. An estimated 1,800 pandas live in the wild, while another 500 are in zoos or reserves, mostly in Sichuan.