Cirque du Soleil returns to Winnipeg with their long-running OVO

Cirque du Soleil returns to Winnipeg with their long-running OVO 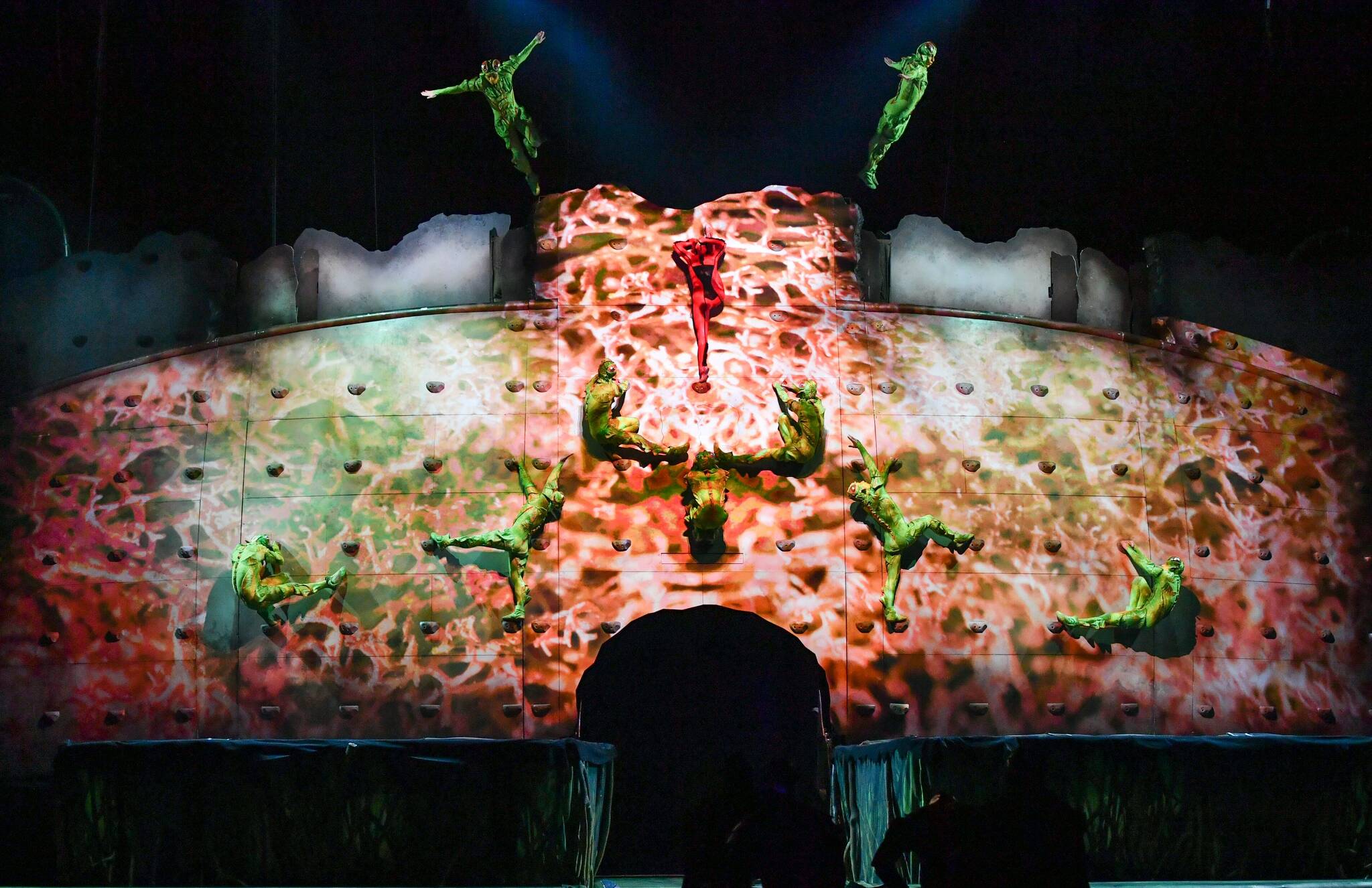 It took a financial safety net to help bring a company known for its death-defying acrobatics and aerial choreography back to Winnipeg.

That the troupe is touring at all in 2022 is owing to its executives performing boardroom derring-do after the COVID-19 pandemic forced it to shut its operations in spring 2020.

Daniel Lamarre, Cirque’s president and chief executive officer, described the company’s 2020 crisis as going from $1 billion in revenue to zero in 48 hours.

While bankruptcy protection in Canada and the United States, along with eased restrictions on public gatherings, allowed Cirque du Soleil to restart its shows in Las Vegas in 2021, the troupe didn’t begin touring arenas — where the company gained much of its notoriety — until February 2022.

”For the pandemic, it was a really tough time for myself, for all the performers at Cirque,” says violinist Mitch Grobb, who grew up in Carberry and has performed in Cirque du Soleil shows since 2010. “Things weren’t looking so good for anybody, but I am super grateful to be back at Cirque and that we’re able to do this.

“I was genuinely worried for Cirque and all of arts and entertainment. I know there’s a lot of things that aren’t back to normal yet… but we’re getting there.”

OVO, which means egg in Portuguese, was first performed in 2009 in Montreal, making it one of Cirque’s longest-running shows. But despite it circling the globe and performing on five continents, tonight’s performance will be its first in Winnipeg, even though about a dozen other Cirque shows have made their way here.

That includes the Cirque’s last show in Winnipeg, a six-week stand of Amaluna at a giant big top erected at the corner of Kenaston Boulevard and Sterling Lyon Parkway in the fall of 2019.

After two years away, performers on OVO and other Cirque shows needed to almost start from scratch before performing again. OVO has performers from 25 different countries, so it wasn’t possible to rehearse together when the pandemic rules allowed it, Mallet says.

“We did do a three-month restaging process, because when you have aerialists and group acts, they can’t train that (during the pandemic lockdown). We have integrated new acts and new artists,” she says.

“As far as the touring shows, just like everyone else in the world, we adapt to the restrictions and adapt to the rules and we have all the protocols to make sure everyone stays healthy, and that’s our focus all the time, not just the pandemic time.”

Grobb is part of a seven-piece band, which includes an oboist and an accordionist, and the score they play is influenced by Brazilian and Latin American music.

He is classically trained, starting as a five-year-old at the Suzuki Institute in Brandon and later with the Brandon University’s Eckhardt-Grammaté Conservatory of Music, but he’s also performed in old-time fiddling shows and in bluegrass concerts over the years, which has proved to be handy with the Cirque.

‘I’ve been super grateful for all that different exposure to different styles when I was younger because with Cirque, it incorporates so many different styles,” says Grobb, whose lifetime fascination with Cirque became a career when he auditioned in Tokyo in 2010. “Instead of the performers on stage following the music, the musicians follow the performers, so we have to be ready to improvise or change the music at any time. It keeps it super exciting.”

“Just being able to come to Manitoba is like the cherry on top of the cake. It’s really cool to be at home and doing this after so much uncertainty,” he says. “Just by luck, we’re coming through town. I’m really excited.”

He recognizes the irony of performers dressed as insects earning applause in Winnipeg, a city that can be overrun by many species of wee beasties that annoy people during the summer months.

“It’s crossed my mind a few times, Grobb says. “One of the characters is a mosquito and I think about Manitoba when I pass by Mr. Mosquito.”

Alan Small has been a journalist at the Free Press for more than 22 years in a variety of roles, the latest being a reporter in the Arts and Life section.