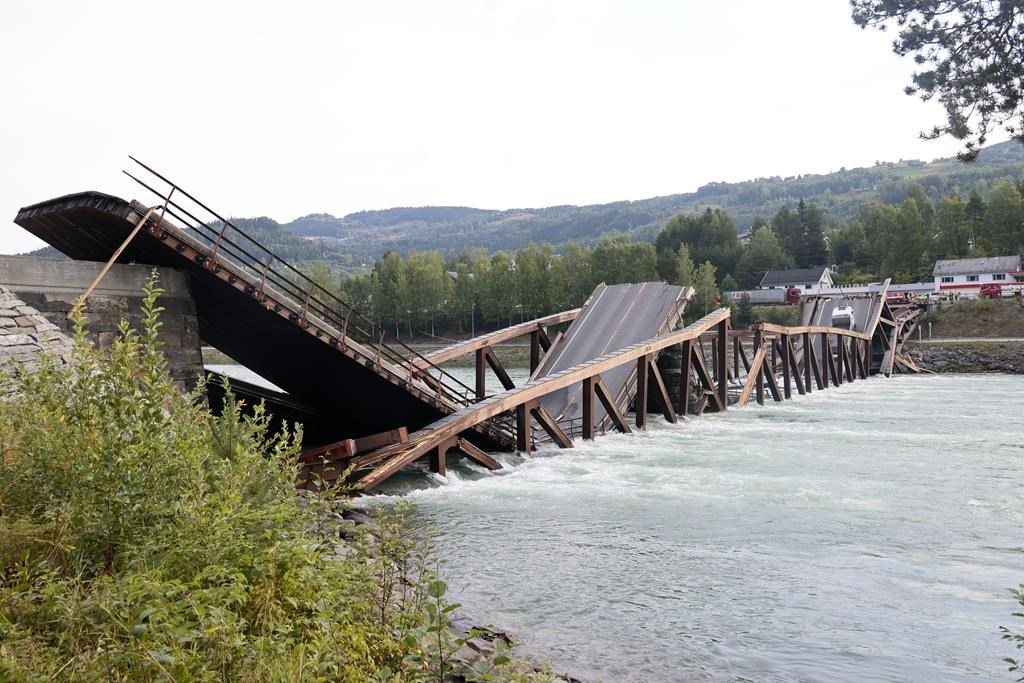 COPENHAGEN, Denmark (AP) — The collapse of a wooden road bridge in southern Norway was caused by “a break in one of the diagonals in the main span,” the Norwegian Safety Investigation Authority said in a report released Friday.

In the report based on a preliminary investigation, the authority said the Tretten Bridge had experienced “a significant overload” and its load-bearing capacity was half of what it should have been before the span collapsed on Aug. 15.

The 150-meter-long (500-foot-long) truss bridge made of glued laminated timber and steel gave way as a truck and a car were crossing it. The car plunged into the Gudbrandsdalslaagen River, and the truck remained on the bridge in a nearly vertical position on a section that rose from the water at a steep angle out of the water.

The drivers of both vehicles were rescued, and no one was injured.

The bridge opened in 2012. The day after the collapse, the Norwegian Public Roads Administration ordered the temporary closure of 14 similar bridges.

In 2016, another bridge made of glued laminated timber collapsed in Norway’s Gudbrand Valley. The driver of a truck that was crossing at the time of the collapse was slightly injured.

Following that collapse, the government body that is in charge Norway’s infrastructure temporarily closed 11 similar bridges, including the Tretten Bridge. The agency said in a report about the 2016 incident that “the direct cause of the bridge collapse is a defective joint in the framework.”