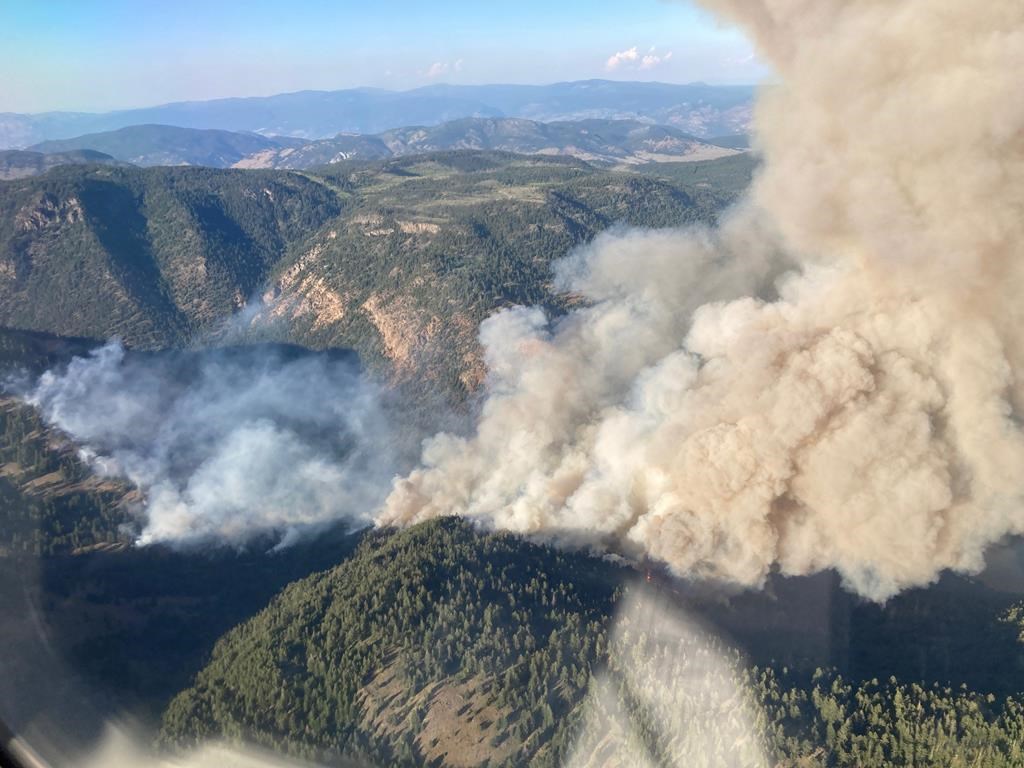 About 300 properties, including the Apex Mountain resort southwest of Penticton, have been ordered evacuated as the fire showed aggressive and unpredictable growth, destroying an unoccupied cabin.

Residents of more than 400 other properties have been told to be ready to leave on short notice.

Updated information from the BC Wildfire Service says weather in the Penticton area is slightly cooler and is expected to remain that way for the next several days, giving crews a chance to work on containment lines.

The wildfire and a 31-square-kilometre blaze in the Fraser Canyon west of Lytton are the only two ranked by the wildfire service as “fires of note,” but the Thompson-Nicola Regional District has posted an evacuation alert for a handful of homes near a fire north of Kamloops.

A suspected lightning-caused blaze in the central Kootenay, north of Nelson, has flared to more than three square kilometres since it was spotted Monday and has prompted an evacuation alert for 14 properties.

The wildfire service website shows 84 active fires are burning in B.C., 38 of them sparked in the last two days, with the majority suspected to have been caused by lightning.

Wildfire danger across most of the southern half of B.C. is ranked at high or extreme, an indication that “fires will start easily, spread rapidly and challenge fire suppression efforts,” the wildfire service says on its website.

The first campfire ban of the season was announced Monday and will take effect at noon Thursday across the Kamloops Fire Centre, which covers the region where both the Lytton and Penticton-area fires are burning.

The prohibition will remain in effect until noon on Oct. 15, or until the orders are rescinded.