Deshaun Watson to start vs. Texans after suspension, GM says

Deshaun Watson to start vs. Texans after suspension, GM says 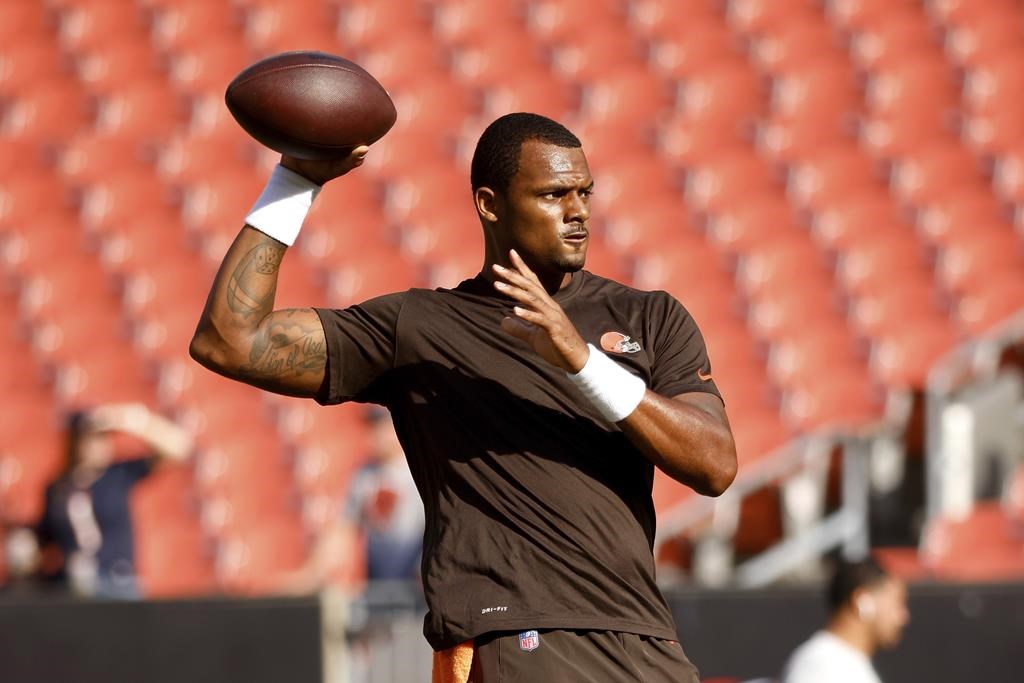 Watson, who played four seasons with the Texans, was suspended in August when he settled with the league after being accused of sexual misconduct by more than two dozen women in massage therapy sessions.

Watson can begin practicing on Nov. 14, and as long as he meets provisions in his deal with the league, he’ll return to face the Texans.

Berry said the Browns anticipate Watson being ready to play in the week 12 game, which would be his first regular-season appearance in 700 days. Watson, who returned to the Browns’ facility last month, sat out the 2021 while his legal issues festered.

Jacoby Brissett has played well while filling in for Watson, and is coming off a strong performance in a 32-13 win Monday night over Cincinnati.

Watson has been able to work out and attend meetings with the Browns since Oct. 10. He had been banned since his suspension began on Aug. 30.

“It’s been great to have him back in the building,” Berry said. “He’s been focused on working on himself. He’s stayed in great shape. He’s been a part of the meetings. He’s done everything and more that’s been asked of him.

“We’ll be excited to have him when he can continue to ramp up football activities and get back on the practice field.”