Ex-WNBA star Lauren Jackson savors each day of her comeback

Ex-WNBA star Lauren Jackson savors each day of her comeback 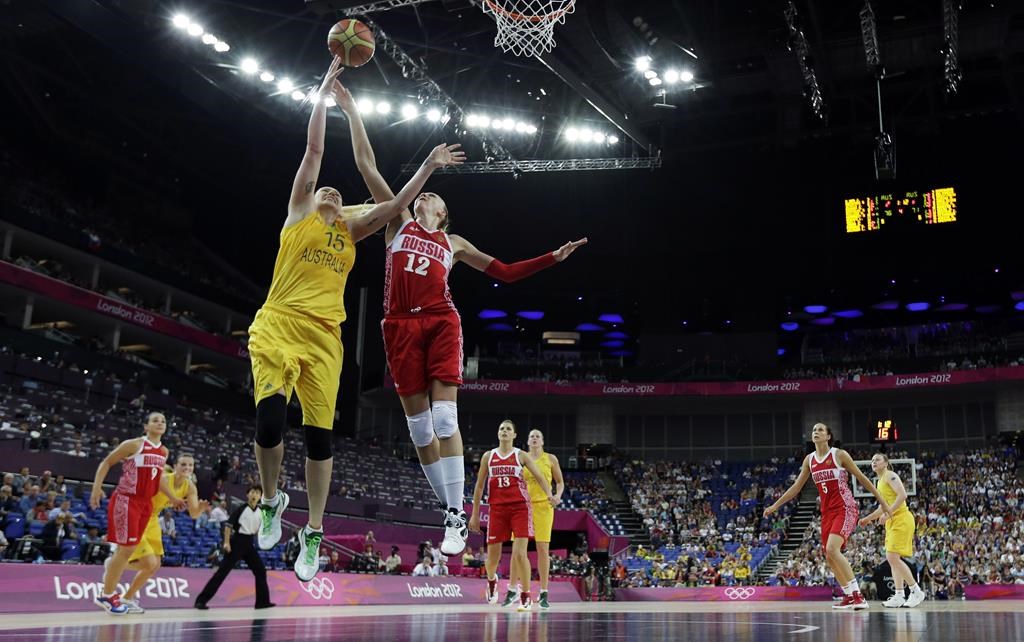 NEW YORK (AP) — Lauren Jackson is savoring every minute of her basketball comeback even though the battle-tested Australian hoops icon knows she can’t do things that once captivated fans before retiring from the sport six years ago.

No, that “LJ” is no more. This chapter belongs to the now 41-year-old mom, and her return is creating a buzz.

“I don’t know when the last day will be. It has been a slow process,” Jackson said in an interview with The Associated Press while training in New York with the Australian national team last week. “I can’t believe I’m back here. It’s so bizarre. It’s been fun, a real journey.”

Jackson’s body let her down and forced her to walk away from the game she loves, and she doesn’t know how long it will hold up.

Nearly 10 months after starting her return, Jackson is on the short-list to play for the Australian national team at the FIBA World Cup in Sydney next month. She helped Australia win the gold medal in the 2006 World Cup in Brazil.

“I get so emotional talking about this. I never thought I’d represent Australia again,” the four-time WNBA MVP said. “On my way to the first game against Canada on the bus I started crying because I was wearing the green and gold again. My life has changed so much and I’m not the person I used to be as an athlete.”

Even if the 6-foot-5 Jackson isn’t the same player who averaged 18.9 points in her WNBA career for Seattle, she still can compete with the best.

Jackson said she is stronger than when she played for the Storm and helped them win two championships. She also won league titles in Australia, Spain and Russia as well as three Olympic silver medals and one bronze,

“I played two Olympics with her, she’s still pretty good,” Australian national team coach Sandy Brondello said. “She’s getting her legs back and looks in great shape. She makes good reads. She’s not the LJ of six years ago, but she certainly still shows a lot of LJ-like moves.”

Jackson retired from playing in 2016 after knee injuries derailed her career. She had hoped to compete in the Olympics that year, but an ACL injury ended that dream. She stopped playing in the WNBA in 2012, walking away as one of the best players in league history.

Jackson had no intentions of playing again competitively after having a partial replacement on her right knee and dealing with the ACL tear that was followed by a staph infection. . She also acknowledges she had become reliant on painkillers, anti-inflammatories, sleeping pills and anti-depressants at the end of her playing career.

“I would take anything to get me out of bed in the morning,” Jackson told the AP.

A little more than a year, she tried medical cannabis.

Jackson said she was part of a trial for medical cannabis 13 months ago and that it seemed to help. A few months later she started working out again to try and get in basketball shape — she had gained nearly 50 pounds since retiring.

She was working out with the coach of her hometown Australian Basketball league team. Matt Paps, the coach of the Aulbrey team, said to her that he’d love to have her comeback and play.

“People started talking about (playing for Australia) back then,” Jackson recalled. “I heard that. That’s crazy. When I start thinking too far ahead I’d start get panic attacks.

“You can’t look too far ahead. … It was too big a goal. The way my career ended I couldn’t deal with that emotionally.”

Australian player Rebecca Allen never had a chance to play with Jackson on the national team. The Liberty’s wing wasn’t part of the New York training camp because of schedule conflicts with her WNBA team. But what Jackson is attempting to do isn’t lost on the 29-year-old.

“She’s an icon of basketball in the world and one of the best to come out of Australia,” Allen said. “Even to learn from her, and for her personally to beat the odds with the injuries she’s had and to come back and play at such a high caliber. You can learn so much from her experience.

“I was watching her in the Olympics, I loved her game, her passion. She played with such intensity,” Allen added. “Having that type of personality is an asset. I’m excited to play along side of her.”

Now after playing about a dozen games in the Australian league, Jackson said she has passed some of the “little hurdles, barriers and milestones” she wanted to hit. She’ll wait and see if she is selected to the team that will compete at the World Cup.

She knows her two sons, Harry and Lenny, will be cheering her on if she does make the squad which she led to medals in four Olympics and three World Cup.

“It’s definitely hit me that this could happen,” Jackson said. “My teammates have been incredible. They are so supportive. Embraced me more than I could have asked for. Whatever role I play it will be a supporting role.

“Such an incredibly special time for me that I never thought I’d be a part of again. I still get teary about it.”