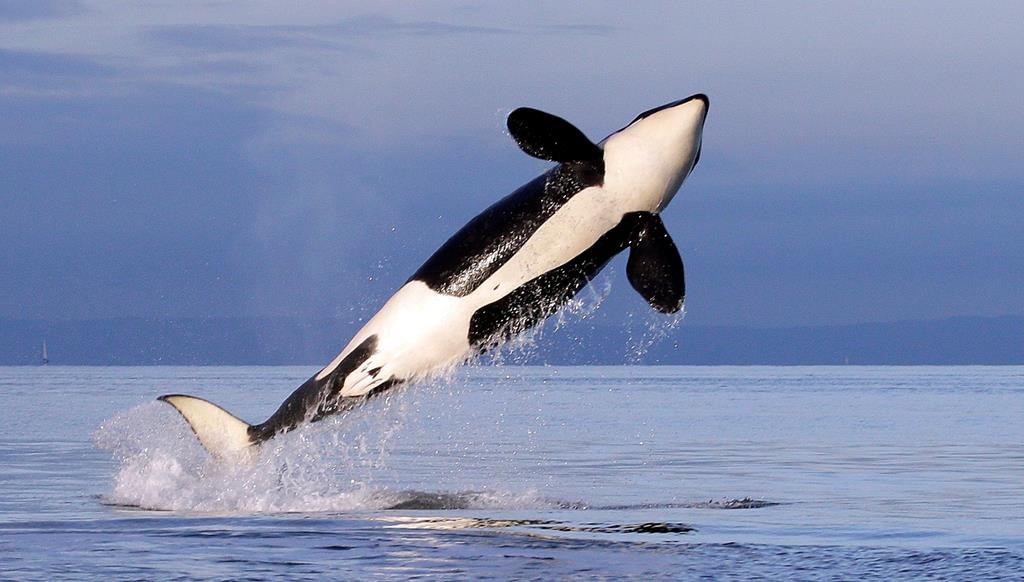 QUADRA ISLAND – A pod of orcas surprised a group of friends visiting Quadra Island, B.C., last weekend, appearing metres from where they stood on the shoreline of Moulds Bay.

Erika van Sittert, who captured a video of the encounter, says she and her four friends were excited when they first spotted the pod in the distance.

She says they were later shocked when the whales appeared about 20 minutes later, coming within three metres of her friend Callum MacNab, standing ankle deep in the water.

Van Sittert, who had been seated on a rock above, says she was initially worried for MacNab’s safety because of the whales’ high-speed approach, but describes the encounter as “easily one of the most exciting moments” of her life.

Jared Towers, a killer whale researcher with Fisheries and Oceans Canada, has identified the pod as the T-090 family, which includes a mother, her adult son and two daughters.

He says he doesn’t believe the whales had malicious intent and were likely either hunting and mistook the humans for prey, or were “just curious.”