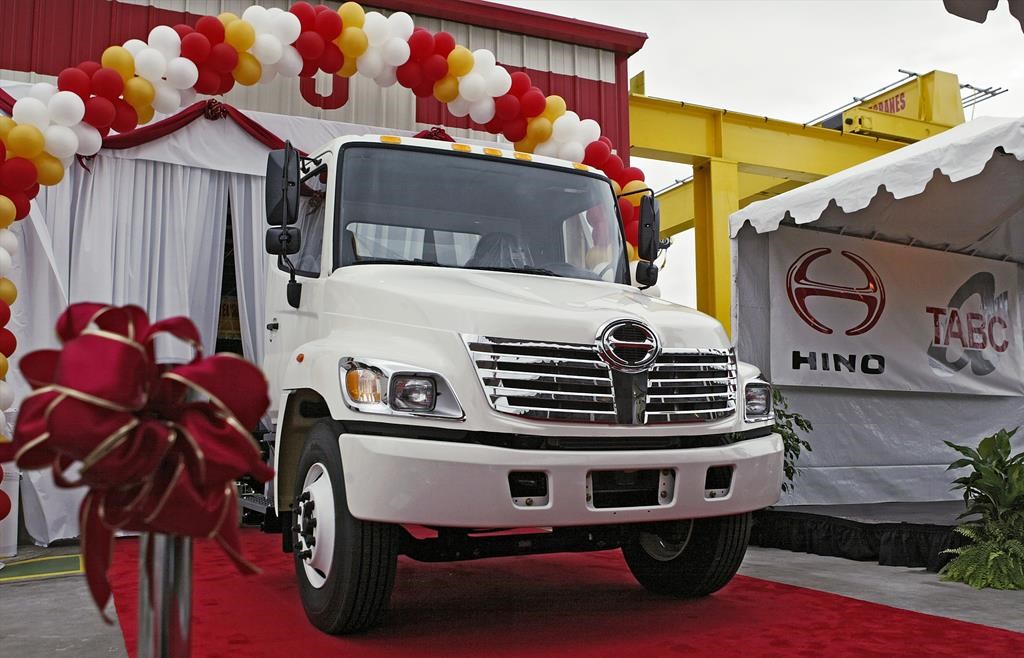 TOKYO (AP) — Hino Motors, a truck maker that’s part of the Toyota group, systematically falsified emissions data dating back as far back as 2003, according to the results of an investigation released Tuesday.

President Satoshi Ogiso bowed deeply at a hastily called news conference and apologized to customers and other stakeholders.

“I am so deeply sorry,” he said. “Unfortunately, misconduct had been carried out for a widespread variety of models.”

Teams that were developing engines knew they couldn’t meet targets and felt so pressured they falsified test results, Ogiso said. That led to more deception, as workers covered up their wrongdoing, he added.

Hino acknowledged in March that it had faked data on government required tests on emissions and mileage. A group of outside experts was set up to investigate.

In a 17-page report, it blamed an “inward-looking and conservative culture” at the company that led to a lack of involvement and solidarity among the employees.

Hino said it takes the findings seriously and will come up with measures to prevent a recurrence, including setting up a proper checking system, revising rules and beefing up corporate culture.

Ogiso promised to educate Hino’s workforce and nurture a more open corporate culture and proper work ethic, stressing the problem was company-wide, not just with the teams in question.

“I am determined to see that we are reborn, and we carry that out in clear action,” said Ogiso, who formerly worked at Toyota Motor Corp., Japan’s top automaker.

The unearthed misconduct included altering durability tests related to emissions on a wide range of models and tampering with fuel efficiency information in heavy-duty engines.

Hino has recalled 67,000 vehicles in Japan related to the wrongful data. How Hino’s financial results will be impacted by the latest disclosure is still unclear, Ogiso said.

Whether he, as well as past executives, will resign to take responsibility will be decided later after a full review of the scandal, he said.

Regarding models sold abroad, Hino said it was cooperating with investigations by authorities in the U.S. and Europe.

Hino produces vehicles sold under the Toyota brand, including the Land Cruiser Prado sport utility vehicle, in addition to Hino trucks. Hino has notified the Japanese government about the findings. Hino shares dropped 10% Tuesday in Tokyo.

The scandal at Hino, 50.1% owned by Toyota, is the latest among many that have proved an embarrassment for a country that prides itself on a reputation for discipline, craftsmanship and attention to detail.

In 2018, Japanese prosecutors charged major steelmaker Kobe Steel with massive, years long falsification of information on a wide range of products sent to more than 680 companies, including aluminum castings and copper tubes for autos, aircraft, appliances and trains.

In 2015, an investigation into Mitsubishi Motors Corp. found extensive cheating on mileage data over 25 years. The automaker had admitted to a cover-up in the early 2000s of vehicle defects such as failing brakes, faulty clutches and insecurely installed fuel tanks. That misconduct had begun in the 1970s.