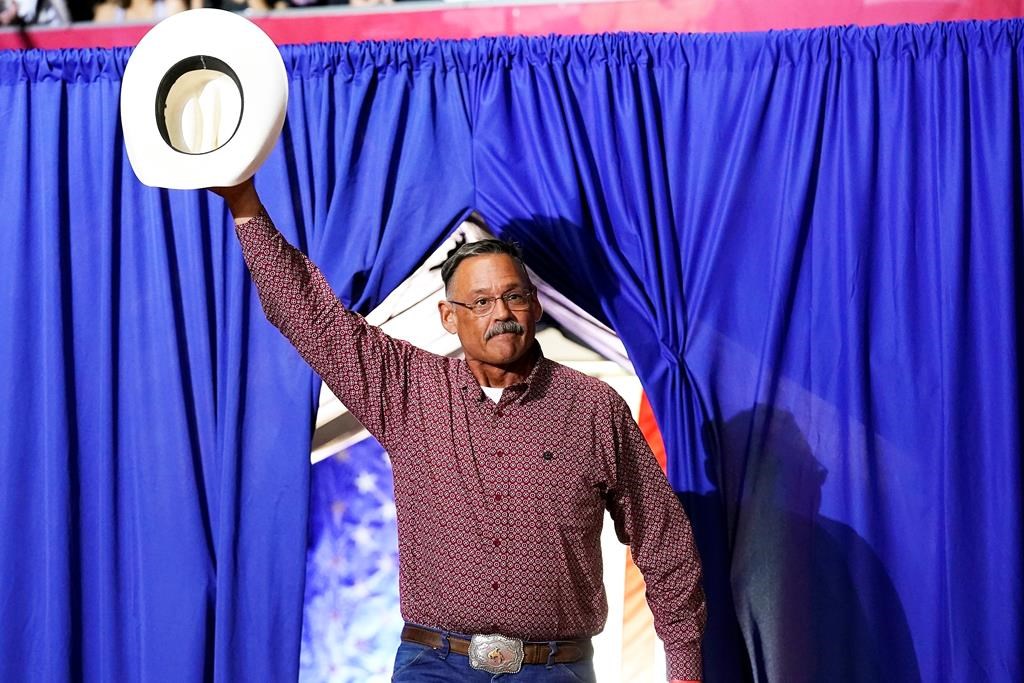 PHOENIX (AP) — Republican primary voters in Arizona and Kansas on Tuesday are deciding whether to elevate loyalists to former President Donald Trump who support his false claims that he lost the 2020 election and send them to the general election.

The GOP primary elections for secretary of state are the latest this year to feature candidates who doubt the security of their state’s elections despite the lack of evidence of any problems widespread enough to change the results. Republican voters elsewhere have split on sending those candidates to the November ballot.

A secretary of state primary in Washington state includes several Republican candidates and unaffiliated candidates, including one who has made voter fraud claims without evidence. Washington state has a primary system in which the top-two vote-getters make it to the general election regardless of party affiliation.

The Democratic candidates in all three states reject the premise of a stolen 2020 presidential election and warn that victories in November by any of those who promote conspiracies would endanger free and fair elections. In all three states, the secretary of state is the top election official.

In Arizona, a major battleground for president and the U.S. Senate, two of the four GOP candidates contend the election was stolen from Trump and plan to push major changes if they win the primary and the November general election.

They include state Rep. Mark Finchem, who attended Trump’s Jan. 6, 2021, rally that led to the attack on the U.S. Capitol. He tried this year to get the Republican-controlled Legislature to notify Congress that Arizona wanted to decertify Biden’s election win.

The other Republican backing Trump’s claims also is a member of the Arizona House. Rep. Shawnna Bolick introduced a bill last year that would allow a simple majority of the Legislature to overturn presidential election results. Republicans control the Legislature in Arizona.

Two other Republican candidates are on Arizona’s ballot: State Sen. Michelle Ugenti-Rita, who acknowledges President Joe Biden’s victory but has worked for a decade to tighten election laws, and businessman Beau Lane, who is backed by GOP Gov. Doug Ducey.

Finchem is endorsed by Trump and said in a recent interview that worries about the effect of his potential victory on free and fair elections are unfounded. He said he will just enforce laws as written.

“I think it’s interesting that there are people, particularly Democrats out there, claiming, ’Oh, he’s going to ruin the system. He’s going to do this, he’s a threat to democracy,’” Finchem said. Still, he contends tens of thousands of fake ballots led to Biden’s win, a claim for which there is no credible evidence.

In Kansas, voters will choose between a GOP challenger who questions the 2020 presidential results and the incumbent Republican who believes the election was secure in his state.

Secretary of State Scott Schwab has defended the use of ballot drop boxes, which Trump and other Republicans say are prone to misuse, even though both Republican and Democratic secretaries of state across the country reported no significant problems with them. He has dismissed baseless theories about fraud, at least in Kansas elections.

Schwab faces Mike Brown, a former county commissioner in the Kansas City suburbs who has made doubts about the security of the state’s elections central to his campaign. He has promised to ban ballot drop boxes and said he will use the secretary of state’s office to pursue election fraud cases, rather than taking Schwab’s approach of working through prosecutors.

Kansas Democrat Jenna Repass is unopposed in her party’s primary.

Hobbs and Pierce County Auditor Julie Anderson, who is running as a nonpartisan and said she is the most experienced in running elections, have raised the most money. Republicans in the race include former state Sen. Mark Miloscia and current Sen. Keith Wagoner.

Under Washington’s primary system, the top two vote-getters advance to the general election in November, regardless of party. Results will likely take days to tally because it’s an all-mail election.