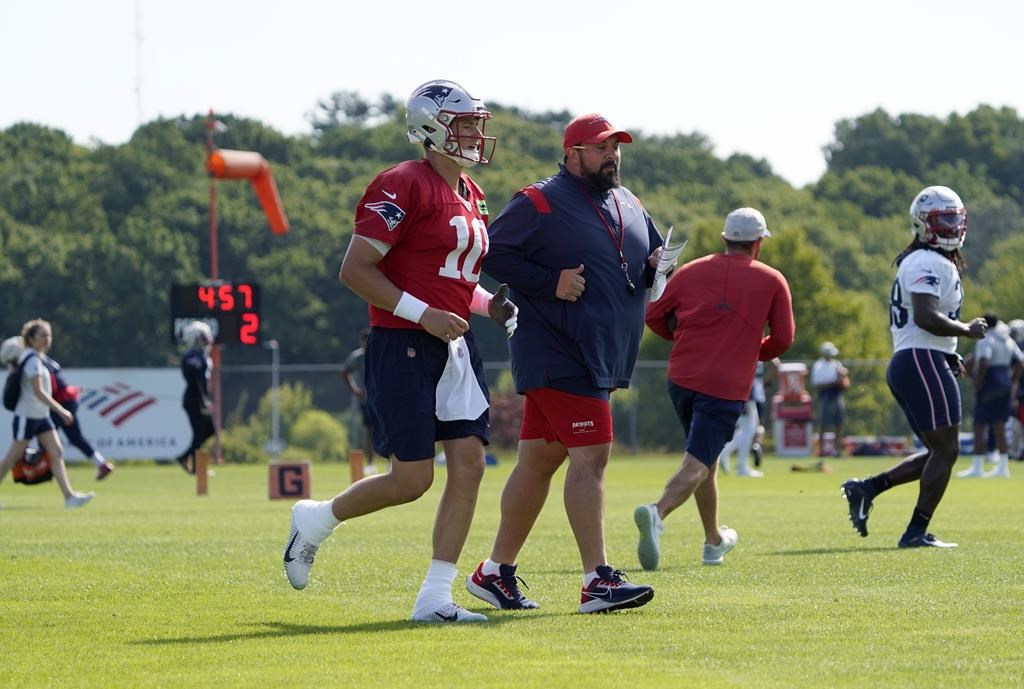 His manic thirst to get everything right fits snugly within a New England Patriots culture built on its attention to detail.

So, after two days of padded practices in which the offense has struggled as it continues to install its new, streamlined offense, seeing more outward frustration by Jones isn’t surprising.

He acknowledged that remaining patient through these early growing pains hasn’t been easy.

“I care a lot about football, we all do. It’s very competitive. When we lose a day, to me it’s like a shot in the heart. It’s like we lost a game,” Jones said Tuesday. “There’s a lot more to practice, you’re here to learn. But at the end of the day we’re out here competing, and the goal is to have more good plays than the other team. In that case, that’s the defense right now.”

Following a rough day for the offense on Saturday, Jones marched immediately off the field and into the locker room.

Things haven’t been much better since the pads came on this week, with the receivers having difficulty getting open, running backs struggling to find running lanes and the offensive line often losing protection and forcing Jones to scramble.

“I feel like we can compete even more and even better. A lot of it is just execution and X’s and O’s and figuring out how to communicate,” Jones said. “There are better days ahead, but we’re just at the start of this thing and we’ve gotta get it going. But just take it day by day.”

It hasn’t all been bad.

During the scrimmage period Tuesday, Jones successfully dropped a deep ball over two defenders and into the hands of receiver Nelson Agholor for a touchdown. It was the latest highlight in what’s been a productive camp so far for Agholor, who struggled during his first year in New England last season. He’s been one of the strongest performers in the receiving group overall thus far.

“Mac just did a good job of giving me an opportunity,” Agholor said of his catch. “He put it over two defenders’ heads, Great throw by him, great vision by him. It’s my job to make plays when the opportunity is given.”

Jones has been leaning on the up-and-down experiences of his rookie season to help him as the offense continues to make adjustments.

Last season Jones said he had a lot of freedom to change plays based on what he saw at the line of scrimmage.

He’s still working through when to take those liberties following the offseason changes.

“Sometimes I try different things in practice that I want to try in the game and that’s the whole point of practice,” he said. “Just getting my feet wet in the new offense and try different things and be on the same page with the coaches. It’s always good just to see it on film.”

In the meantime, he’s relying on the personal routine that was successful for him as a rookie.

“Obviously, when the games come, they come,” Jones said. “But for now it’s just focusing on each day and figuring out what we can do better and talking through it and coming up with a plan.”