Mayoral candidate ‘thinking like 50 years, 1,000 years into the future’

Mayoral candidate ‘thinking like 50 years, 1,000 years into the future’ 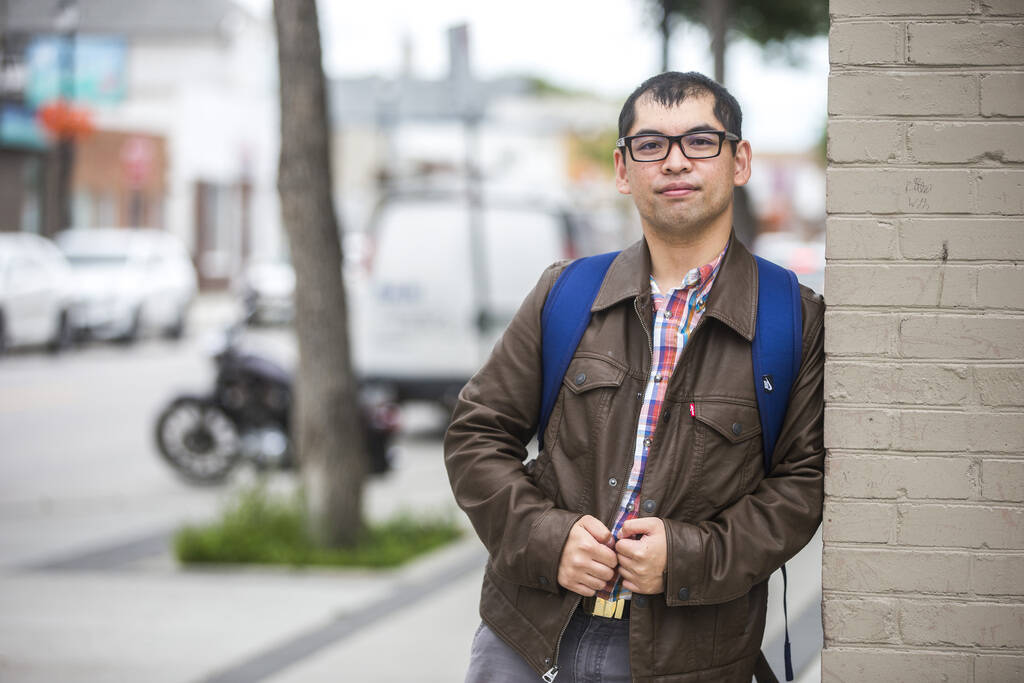 A speedy update to public transportation should be a central priority for Winnipeg, mayoral candidate Chris Clacio says.

In a platform document released Tuesday, Clacio proposes to complete the Winnipeg Transit Master Plan by the end of 2030, if he’s elected. Doing so would require major investments and construction to take place quickly, since the up to $1.5-billion plan is poised to redraw nearly all existing bus routes and complete a network of six rapid-transit corridors over the next 24 years.

“I just believe that people want a new way to engage with our city,” said Clacio.

Winnipeg should also complete a protected bike and active transportation network by 2030, he said. Clacio proposes to fund that promise by repeating this year’s 2.33 per cent property tax hike in 2023 and directing 0.33 percentage points of the increase to the AT network.

The candidate said discussions on a regional light-rail transit system should also be pursued with the province, along with a feasibility study on relocating heavy rail traffic outside Winnipeg’s boundaries. “Far into the future,” Manitoba should also attempt to create a “spaceport” for space-based tourism, he said.

“I’m done talking about four years from now or 10 years from now. I’m thinking like 50 years, 1,000 years into the future.… I think people are ready for new ways of thinking,” said Clacio.

A grocery-store worker now and throughout the pandemic, Clacio said Winnipeggers benefit from having a variety of candidates and ideas to consider.

His vision also includes a cap on the Winnipeg Police Service budget, possibly to no more than 20 per cent of the city’s overall annual spending. He said the police cadet program should also end, noting both steps would move toward a gradual defunding of police.

“Candidates need to stand on principles and what they value. That is one of my values, is seeing a world where we don’t need a police service anymore,” said Clacio.

Some advocates have repeatedly called for council to defund or abolish police in recent years, while others argue more beat cops are needed to address a surge in violent crime.

If the mayor instead served as a silent chairperson on council, not participating in votes, that would help entice the leader to seek consensus among council members, he said.

Winnipeggers will elect their next mayor and council on Oct. 26.

Born and raised in Winnipeg, Joyanne loves to tell the stories of this city, especially when politics is involved. Joyanne became the city hall reporter for the Winnipeg Free Press in early 2020.

Credit: Mayoral candidate ‘thinking like 50 years, 1,000 years into the future’