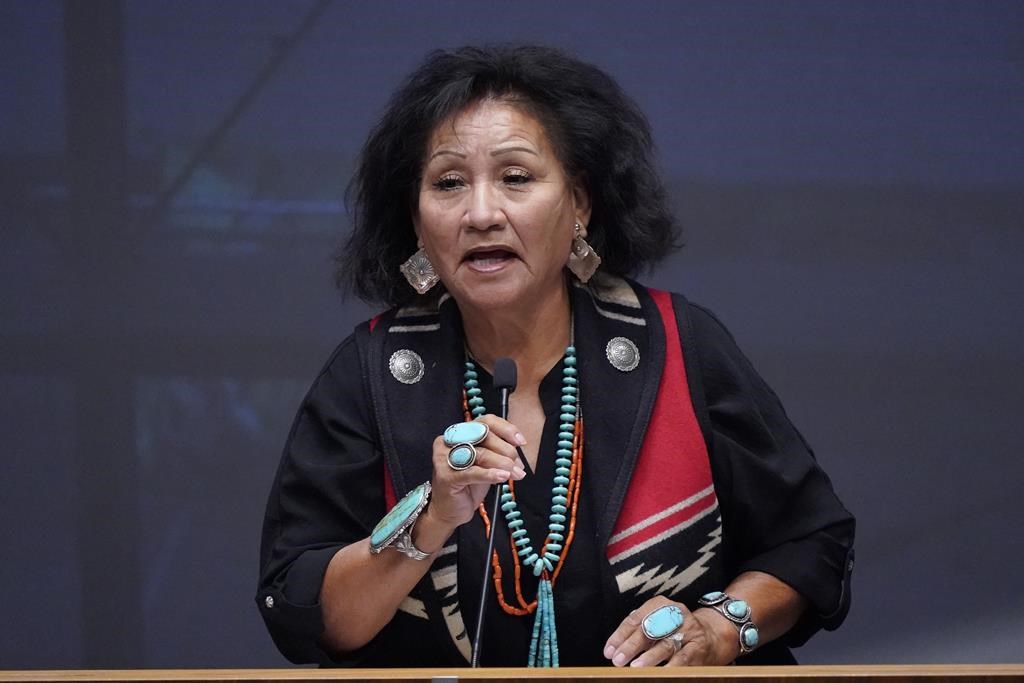 FLAGSTAFF, Ariz. (AP) — Navajo voters will decide Tuesday which two of 15 presidential hopefuls they want to advance to the tribe’s general election.

Their platforms include economic development, ensuring Navajos have basic infrastructure like running water and electricity, and finding ways to preserve the Navajo language.

More than 122,000 Navajos are registered to vote in the primary that’s held the same day as Arizona’s primary. The tribe generally sees around a 50% voter turnout. Polls are open Tuesday from 6 a.m. to 7 p.m. Mountain time.

The Navajo Nation is largest Native American reservation in the U.S., spanning 27,000 square miles (69,930 square kilometers) of high desert, forests, wind-swept mesas and mountains bordering New Mexico, Arizona and Utah. Its population of 406,000 is second to only the Cherokee Nation of Oklahoma.

The two Navajo candidates with the highest number of votes move on to the November general election.

Nez says he will bring continuity to the tribal government at a time it’s tasked with spending more than $1 billion in federal coronavirus relief funding.

Branch is among six vying to become the first woman to lead the Navajo Nation. The others are: educator Dolly Mason; scholar Leslie Tsosie; Chinle Chapter President Rosanna Jumbo-Fitch; Frankie Davis, who has advocated for extracting natural resources; former New Mexico state legislator Sandra Jeff; and Emily Ellison, who says she will push the federal government to give the Navajo Nation title to its land if elected.

Nygren sees himself as a diplomat who can work with tribal lawmakers. Jones has said he’ll unravel Navajo regulations to better support small businesses. Dayish said he’ll work to expand agriculture and manufacturing industries to spur job creation and generate tax revenue for the tribe where unemployment hovers around 50%.

The other candidates are: Greg Bigman, chairman of the Diné College Board of Regents; Ts’ah Bii Kin Chapter manager Earl Sombrero; and Dineh Benally and Kevin Cody, both of whom sought the tribal presidency in 2018.

Credit: Navajos to narrow list of 15 presidential hopefuls to 2