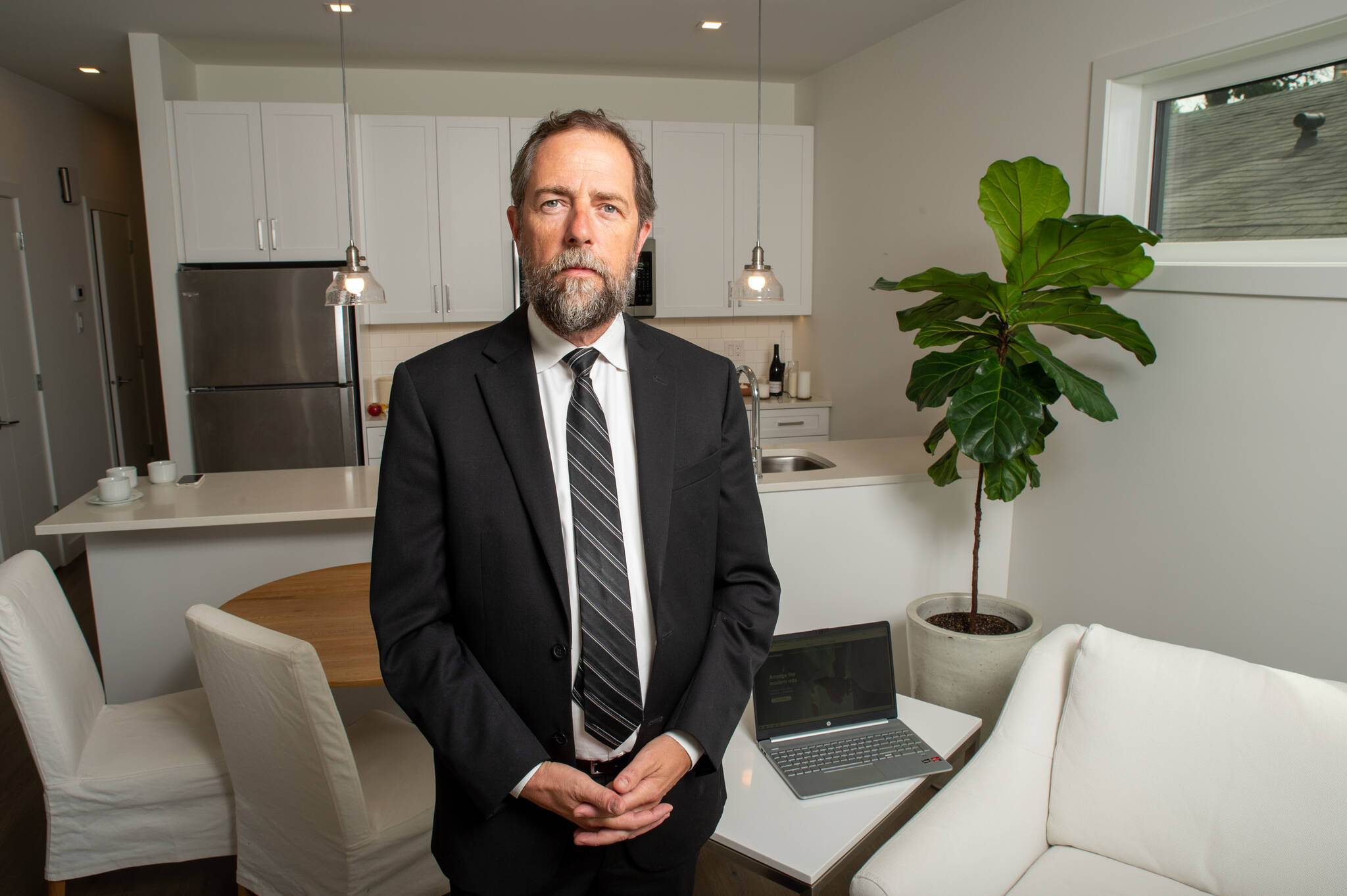 A few clicks, a few forms and a phone call, and a loved one’s cremation is arranged.

“A lot of times, families couldn’t have everyone come into the arrangement room,” Barringer said.

A fully online cremation arrangement business had been in his mind pre-pandemic, but “COVID was the final push,” he said.

And so, Branch & Pyre was born.

Customers call Barringer — any time, any day — and fill out three forms on Branch & Pyre’s website, including a registration of death. The entire process can take 15 minutes, Barringer said.

People don’t view the bodies beforehand. The corpses are cremated at NBI Cremation Services in Winnipeg, and Barringer delivers the ashes in cardboard urns to families.

The package is $1,295 plus GST, which Barringer calls an “affordable” option.

“If a family wants to have a funeral or viewing before cremation, then I encourage them to use a traditional funeral home,” said the arrangement counsellor.

Barringer has been in the industry for more than 30 years. “My experience, the majority of people don’t want (a traditional funeral) anymore. They want a simple cremation to take place, and then quite often they’ll arrange a celebration of life.”

He runs the company from his River Heights home, which helps reduce overhead costs, he said. His wife Rachel assists with social media.

“Businesses you would never think that would have gone online have gone online,” Rachel said, referencing food-delivery services and Casper mattresses. “I make my hair appointments online now… I do so many things online that maybe a year ago or right at the start of COVID I would never have done.”

She said she worried Manitobans wouldn’t take to arranging cremations online, but Branch & Pyre has had around 10 clients and “people have gone to it like a duck to water.”

Many Manitobans still prefer to make cremation and funeral arrangements in person, according to Kevin Sweryd, president of the Manitoba Funeral Service Association. Sweryd is also president of Bardal Funeral Home and Crematorium.

“I think in general, funeral service is slow to change for people,” he said. “It’s something where you have to sit down and discuss your options… Even with simple cremation, there’s still many, many choices that have to be made.”

Those choices include deciding whether to cremate and then hold a memorial service, and where to run an obituary, if at all, Sweryd said.

“I think it will change as the next generation starts doing more funeral planning,” he said. “I do think… you’ll definitely see a shift.”

The average Manitoban dealing with a funeral home is in their late 50s to 70s, Sweryd said. “(They) don’t necessarily have all the iPhones, laptops, scanners and ways to make arrangements online,” he said.

Various provincial acts stand in the way of the incineration alternative. The province is conducting consultations “relating to the modernization of bereavement legislation” as it takes on the former functions of the Funeral Board of Manitoba, a provincial spokesperson wrote in an email.

“The province anticipates the alkaline hydrolysis process will be raised by stakeholders and discussed during the consultations,” the spokesperson wrote.

Meantime, funeral homes are largely back to regular levels of operation, albeit with many smaller services, Sweryd said.

Barringer said he sees the landscape morphing. People are buying urns on Amazon or using cookie jars, toolboxes and other items special to the deceased. They’re holding services beyond funeral homes and churches.

Roughly 85 per cent of Winnipeggers choose cremation, according to Sweryd. The number varies greatly depending on the Manitoban location, he said.

Gabby is a big fan of people, writing and learning. She graduated from Red River College’s Creative Communications program in the spring of 2020.