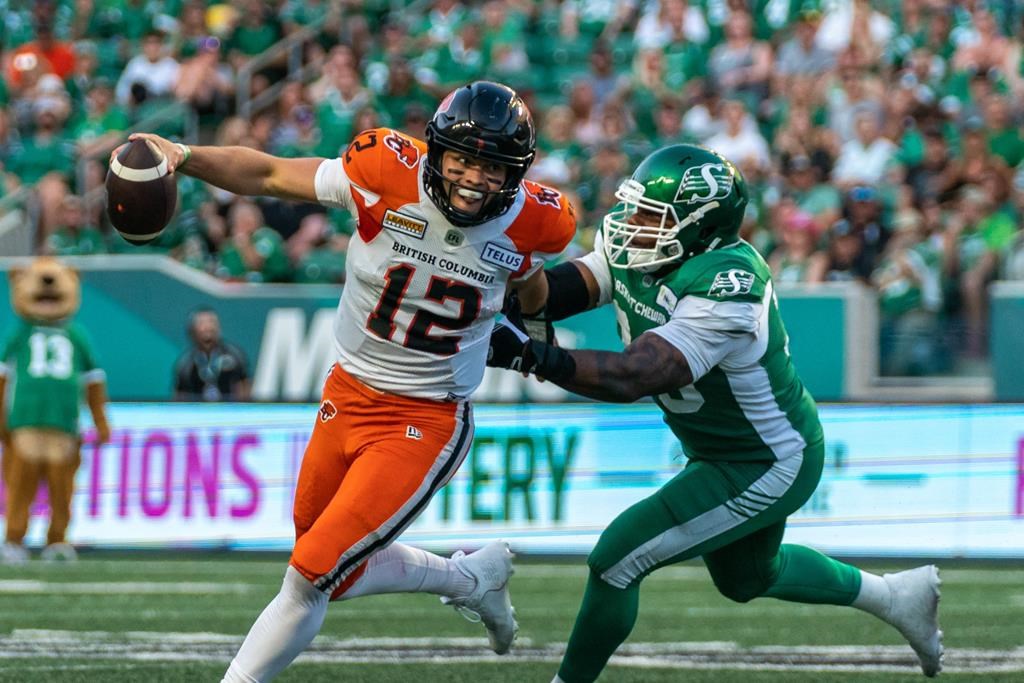 TORONTO – Lions quarterback Nathan Rourke has been named a CFL top performer of the week for the third time this season after leading B.C. to a 32-17 road win over Saskatchewan.

Rourke, who was born in Victoria and grew up in Oakville, Ont., threw for 326 yards and two touchdowns as the Lions improved to 5-1 with the win over the Roughriders (4-4) on Friday.

He added 20 yards and a touchdown on the ground.

Rourke was also named a top performer in Week 1 and Week 3.

Collaros threw for 270 yards and four touchdown passes with no interceptions as the undefeated Blue Bombers (8-0) beat Calgary (4-2) 35-28 on Saturday.