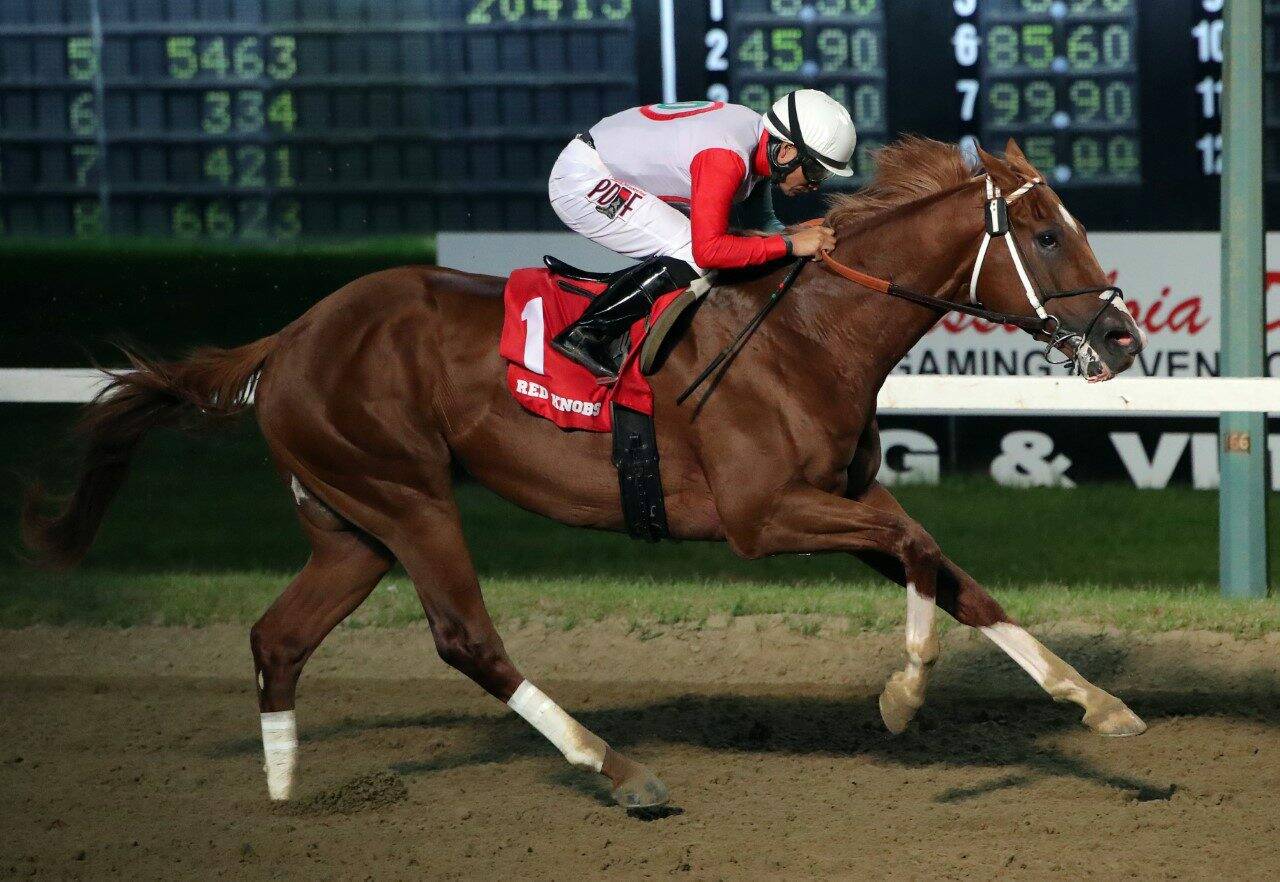 Jorge Carreno said he could feel the power of his three-year-old thoroughbred as he white-knuckled its reins in the post.

That power translated on the track moments later under the Prairie night sky, as the jockey ran Red Knobs to capture the 74th running of the Manitoba Derby at the Assiniboia Downs on Monday evening.

Red Knobs, who closed at a 3-1 underdog, pushed leader Great Escape throughout the prestigious race before drawing even at the final turn and taking the lead deep in the stretch.

“In the post-parade, I thought, ‘Man I hope this horse runs the way it feels,’” Carreno said following the race. “The horse broke sharp, he was very comfortable there and I felt like I had so much horse.”

The race also proved to be a successful one for trainer Robertino Diodoro, who also had Great Escape and Clancy’s Pistol, finishing second and third respectively, sweeping the Derby.

“Everything worked out well. Jorgie gave the horse a heck of a ride. It’s always tough when you have three horses in the race, especially all (different) owner groups are good guys,” Diodoro said. “A lot of emotions that way, too, because you know not everyone’s gonna be happy, right?”

Monday’s win was Diodoro’s fourth win in the last six Manitoba Derbies. He couldn’t help but wear a grin when talking about his success at the Manitoba track.

“I actually love it here. For a smaller track, these guys put on a heck of a show,” he said.

“I had 20 people ask me (which horse I liked best) today and I told them all three horses are probably the best three horses physically and health-wise coming into the race and I couldn’t pick a horse.”