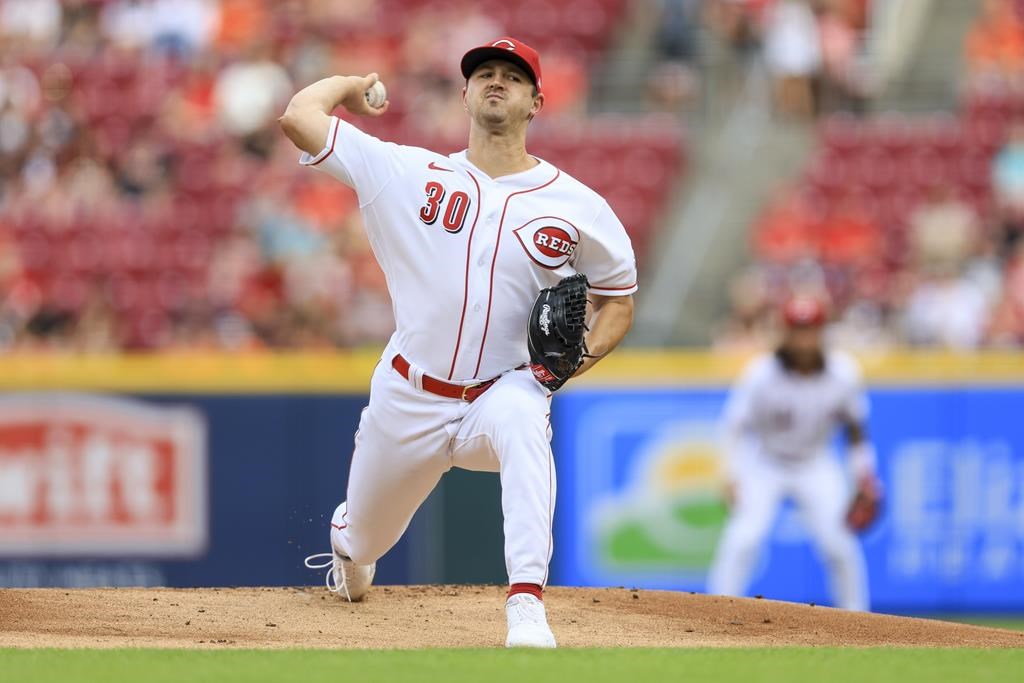 The Cincinnati Reds continued to shed veterans at the deadline, trading their most productive offensive player, Brandon Drury, to the San Diego Padres for a prospect.

In recent days, veteran left fielder Tommy Pham was traded to Boston for a player to be named later or cash, and No. 1 starter Luis Castillo went to Seattle for three prospects. Outfielder Tyler Naquin was also sent to the Mets.

Drury was expected to be dealt with the Reds in a major rebuild. After signing a $900,000, one-year deal with Cincinnati in March, the 29-year-old Drury is having a breakout year, leading the team with a career-high 21 homers and 54 RBIs while hitting .274.

“To have two minor league offers coming into the season and to have Cincinnati to give me this opportunity and put my career back on track, it’s been amazing,” Drury said in the Reds clubhouse before Cincinnati played Miami. “I can’t thank Cincinnati enough. A huge turning point in my career.”

Drury said he’s happy to go to a contender. The Padres are in second place behind the Dodgers in the NL West.

“To be part of that lineup is going to be pretty special, and I’m excited to help them win ball games,” he said.

In exchange for Drury, the Reds got shortstop Victor Acosta, who, according to MLB Pipeline, is the Padres’ No. 8 prospect.

The 27-year-old Mahle joins ex-Reds pitcher Sonny Gray with AL Central-leading Minnesota and is expected to bolster a pitching staff ravaged by injuries. Mahle is making $5.2 million this season and is eligible for free agency after the 2023 season.

“Losing is never fun, so that’s always disappointing,” said Mahle, who was in his sixth season with the Reds. “They’ve been good to me. I’m going to miss everyone here, but I’m excited to move on and see what’s in store for me.”

Before the season, the Reds traded away former All-Stars Gray, Jesse Winker and Eugenio Suarez, and All-Star right fielder Nick Castellanos signed a five-year, $100 million deal with the Phillies.