Review: How to stop industrial farming from ruining Earth

Review: How to stop industrial farming from ruining Earth 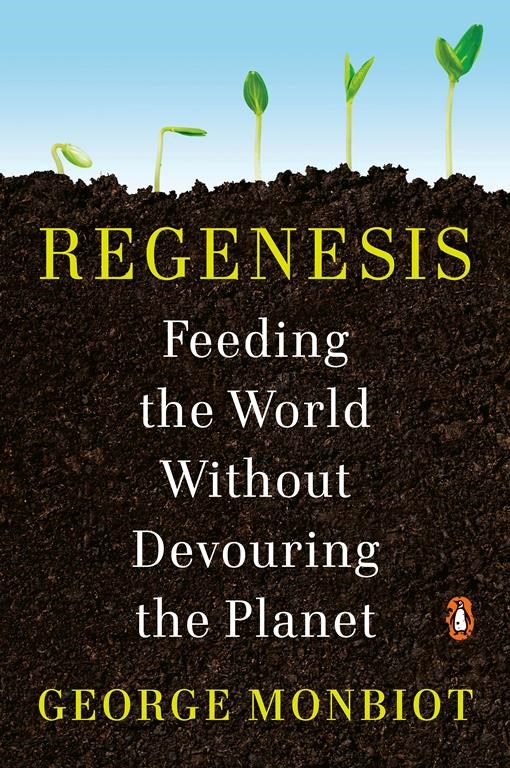 Cruising past farmlands in America — and elsewhere in the world — it’s hard to imagine that so much green could be so damaging to the Earth. But author George Monbiot makes a compelling case that it often is.

Consider these statistics cited in the book:

— One million plant and animal species are on the verge of extinction.

Monbiot’s book starts as a hymn to the soil. He finds a handful of healthy earth so fascinating in the variety of life it harbors that the reader starts thinking the book is a love story – a scientist/farmer and his beloved earth. “The soil might be the most complex of all living systems,” Monbiot writes. “Yet we treat it like dirt.”

In Chapter 2, however, the book turns into a powerful case against industrial farming with cows, pigs and chickens as chief villains but indictments also handed down to practitioners of commercial agriculture, with their fertilized fields swiftly degrading the soil.

— The biggest water user in the world? Agriculture.

— The leading cause of river pollution in the United Kingdom is farming, particularly of livestock.

Our crop-growing systems are becoming less resilient, the author says, and are increasingly vulnerable to external shocks. He quotes a United Nations report that says the world’s crops have lost 75% of their genetic diversity since 1900.

So what do about this, given how accustomed we all have become to eating regularly?

That’s where the controversy begins.

One easy solution: Become a vegetarian. Doing so will cut your personal greenhouse responsibility by 60%. Good luck trying to persuade Americans who can’t agree on anything to eat more veggies.

Some experts say farmers are making more progress in adopting climate-friendly practices than they get credit for.

A.G. Kawamura is a former California Secretary of Food and Agriculture; he’s also is founder of Solutions from the Land, which strives to find innovative and entrepreneurial solutions to global problems such as climate change and enriching the soil.

Farmers are making “enormous changes” in how they grow food, Kawamura said, particularly in generating more microbial activity in the soil, the action that Monbiot rhapsodizes about in Chapter 1.

“The future of the world depends on how we treat our soil.”

And on this solution, both Kawamura and Monbiot agree: Much more knowledge is needed about the soil if we are to feed the expected 8 billion people on the planet by the end of this year.

Credit: Review: How to stop industrial farming from ruining Earth