Scott Aitchison: A look at the Conservative candidate’s key promises

Scott Aitchison: A look at the Conservative candidate’s key promises 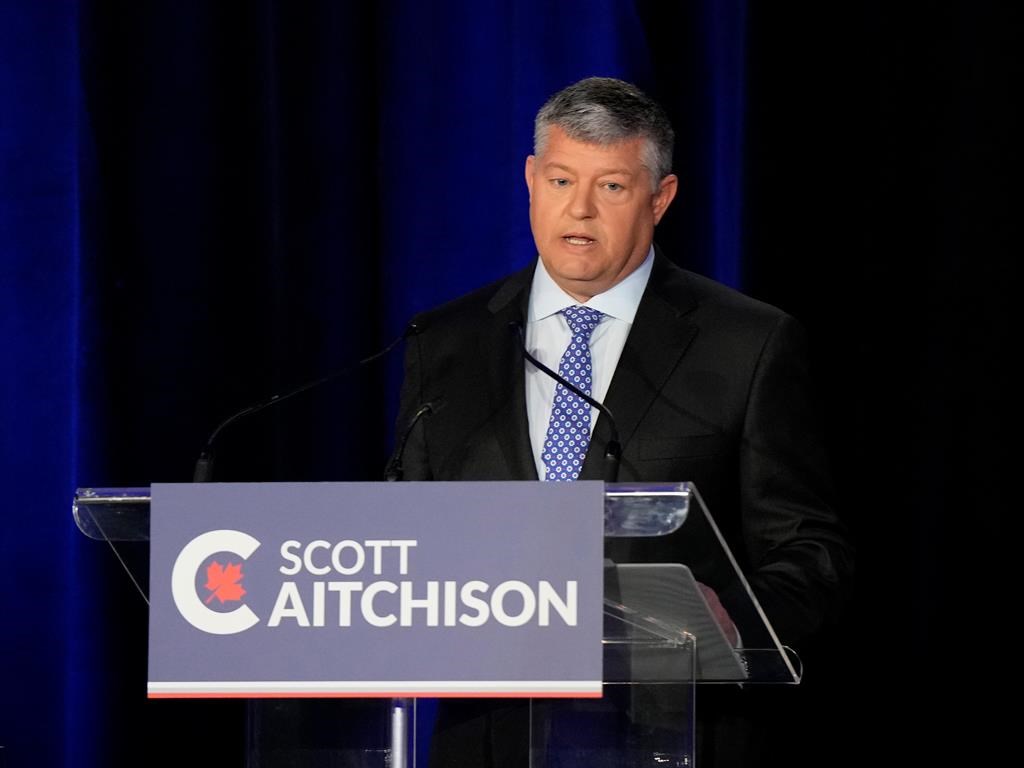 OTTAWA – Scott Aitchison, the former mayor of Huntsville, Ont., is running for federal Conservative party leader. The Muskoka region native has spent the majority of his career in municipal politics, and has preached about the importance of consensus among members of the Conservative party throughout the fractious leadership race.

Here is a look at his key policy promises:

— On supply management: Aitchison says he would end the supply management policy introduced by the Pierre Trudeau government to stabilize the price of specific commodities including dairy, poultry and eggs. He says the policy inflates prices, and abolishing it will increase competition and help families struggling to pay their grocery bills.

— On housing: Aitchison has vowed to do away with exclusionary zoning in large cities, which limits the kinds of housing that can be built in certain communities or areas, and invest more in affordable and social housing.

— On health care: Canada needs to look at how other countries are doing health care better, Aitchison says, and have difficult discussions about the changes needed to fix the system. He pledges to spend less money on health-care administration and more on front-line services, though the decision about how to apply health-care dollars is up to provincial and territorial governments.

— On the carbon price: Aitchison plans to push back on the federal carbon price because of the high cost of living facing Canadians. While he supports a plan to protect the environment, he says he will never support a “carbon tax.”

— On the environment: Aitchison says Canada must reach its net-zero emission targets by 2050. His plans involve charging the biggest industrial polluters, densifying cities and phasing out coal. Instead, he says his campaign would focus on nuclear power and carbon capture.

— On gun violence: Aitchison says he would cancel the Liberals’ handgun freeze, as he believes firearms used to commit violent crimes in Canada are largely already illegal. Instead, he would focus on addressing underlying factors for gun violence, like the systemic inequities in communities.

— On abortion: Aitchison is a staunchly pro-choice candidate, and says he will defend a woman’s right to choose for all reproductive health services.

— On reconciliation with Indigenous Peoples: Aitchison says he plans to end all boil-water advisories, implement all 94 calls to action issued by the Truth and Reconciliation Commission, and ensure children are taught about the horrors of residential schools.

— On religious freedom: Aitchison says he will work to fight Quebec’s controversial Bill 21, which bans religious symbols such as hijabs, turbans and crucifixes for some people in positions of authority in the public sector.

— On the budget: As a two-term mayor, Aitchison says he had to balance the town’s finances every year. He promises to balance the federal budget and use surpluses to pay down the country’s debt and cut taxes.