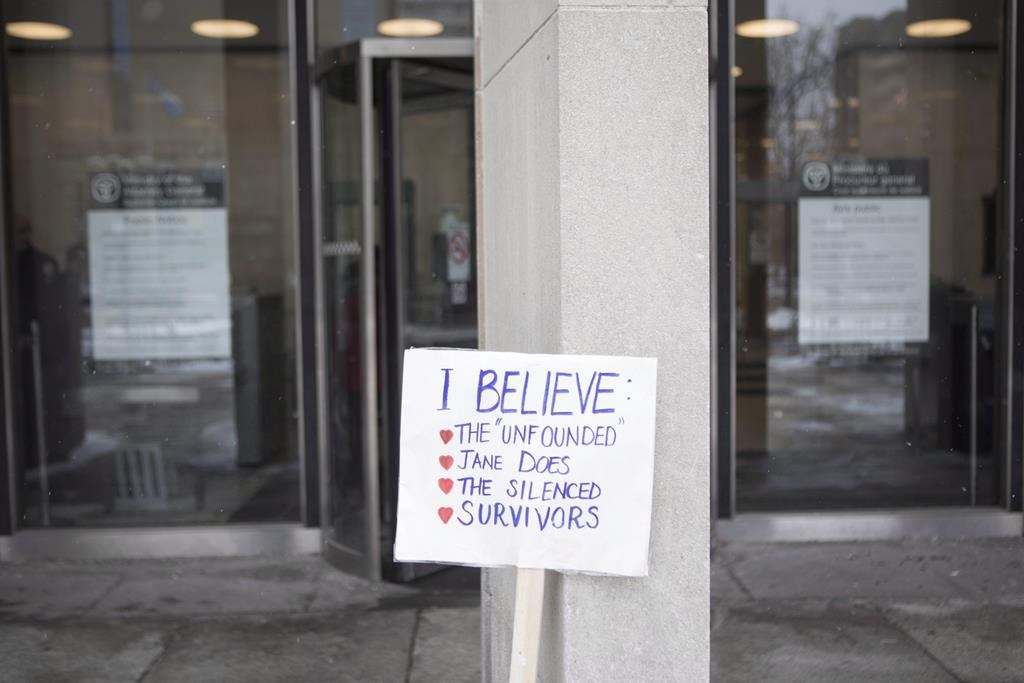 OTTAWA – Statistics Canada says the rate of police-reported sexual assault in Canada has reached its highest level since 1996.

There were more than 34,200 reports of sexual assault countrywide in 2021, an 18 per cent increase from 2020, according to newly released numbers from the agency.

While reports decreased in 2020, the rate of sexual assault has otherwise steadily increased for five years.

The sexual assaults account for a third of an overall five per cent increase in reports of violent crime, with homicides, criminal harassment, hate crimes and firearm offences on the rise.

Non-violent crime is meanwhile on a different trajectory, down three per cent across the board, with lower rates of breaking and entering and thefts under $5,000.

Statistics Canada says that despite an increase in the public discussion of issues around sexual violence, the number of sexual assaults reported to police is still likely to be a significant underestimate.