Shamshera to Thor: Love and Thunder, the 7 Biggest Movies in July

Shamshera to Thor: Love and Thunder, the 7 Biggest Movies in July 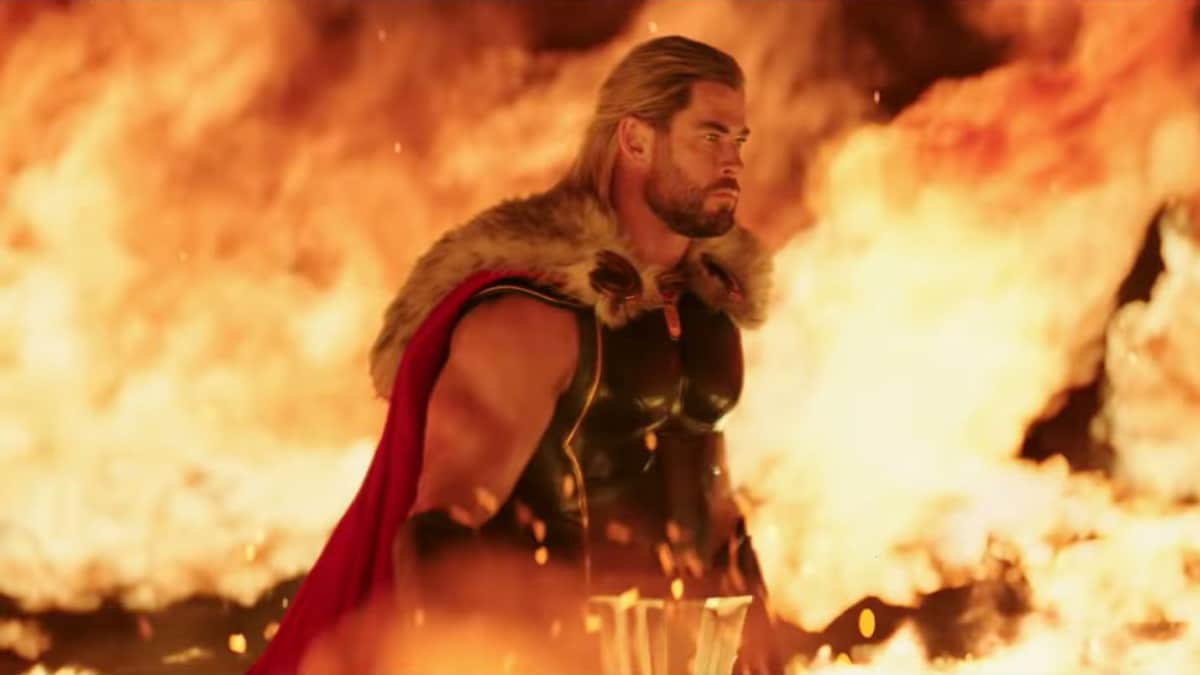 Thor: Love and Thunder is, inarguably, the biggest movie in July 2022 as it reunites Chris Hemsworth with filmmaker Taika Waititi, who previously directed him in its 2017 predecessor Thor: Ragnarok. Waititi had earlier hinted that the latest Marvel Cinematic Universe movie and the fourth Thor film would explore universal themes in a relatable manner without being overly dramatic. Thor: Love and Thunder, however, isn’t the only major Hollywood movie to look forward to this July, as the Ryan Gosling and Chris Evans-led spy-thriller The Gray Man arrives July 22 on Netflix.

Shamshera, on the other hand, is the biggest release from Bollywood in July 2022. It marks Ranbir Kapoor’s first collaboration with Sanjay Dutt and is touted to be a larger-than-life big screen spectacle. Shamshera releases July 22 in theatres, a week after the Mithali Raj biopic Shabaash Mithu with Taapsee Pannu in the lead. Those two will be followed by Janhvi Kapoor’s Good Luck Jerry, which drops July 29 on Disney+ Hotstar.

Jaadugar, The Gray Man, Stranger Things 4 Vol. 2, and More on Netflix in July

Vikram, Ms. Marvel, Koffee with Karan, and More on Disney+ Hotstar in July

But that’s not all in July. You can discover more films below — and you can dive into all the upcoming Bollywood and Hollywood movies on our entertainment hub. With that, here’s our movie guide to May 2022 to cinemas, Netflix, and Disney+ Hotstar.

When: July 1
Where: Cinemas

Rocketry: The Nambi Effect features R Madhavan in the role of Nambi Narayanan, a former scientist and aerospace engineer of the Indian Space Research Organisation who was wrongly accused of espionage.

The actor underwent a drastic physical transformation to play an aged Narayanan in the biographical drama, which also marks his debut as director. Going by the trailer, Rocketry: The Nambi Effect is likely to be an inspiring tale about an underdog who rose up the ranks because of his skills, only to be let down by “the system”.

Shot simultaneously in Hindi, Tamil and English, Rocketry: The Nambi Effect will also offer dubs in Telugu, Kannada, and Malayalam — in cinemas.

When: July 7
Where: Cinemas

Hemsworth, last seen in the Netflix film Spiderhead, returns to the MCU with the titular role on Thor: Love and Thunder. The fourth Thor film is touted to be “bigger and better” than the previous instalment of the franchise, as it will see the hammer wielding superhero lock with Christian Bale’s Gorr The God Butcher, the ferocious villain out to annihilate all gods.

Thor: Love and Thunder is out next Thursday in India in English, Hindi, Tamil, Telugu, Malayalam, and Kannada.

When: July 15
Where: Cinemas

Taapsee Pannu plays legendary cricketer Mithali Raj in the biographical sports drama Shabaash Mithu, touted to be an inspiring tale about an underdog who broke barriers to become the pride of Indian cricket. Going by the trailer, the Rashmi Rocket actress has managed to channel the former Indian skipper’s body language mannerisms, which may help the movie come across as an authentic affair.

When: July15
Where: Netflix

Jitendra Kumar (Panchayat plays Meenu, an out-of-luck magician who has no interest in sports, in Netflix’s Hindi-language feature film Jaadugar. The sports dramedy revolves around the chaos that prevails when he is forced to prove his worth in an inter-colony football match to marry his lover, played by newcomer Arushi Sharma.

When: July 22
Where: Netflix

Shot on a production budget of $200 million (about Rs. 1,578 crore), The Gray Man is Netflix’s costliest film ever, which makes it a potential game-changer for the streaming platform.

The spy-thriller revolves around Court Gentry (Ryan Gosling), a CIA black ops mercenary who is forced to run for his life after discovering the agency’s darkest secrets. The authorities soon rope in a deadly assassin named Lloyd Hansen (Chris Evans) to eliminate him, which sets the stage for a clash between the “hunted” and his “hunter”.

In addition to Gosling and Evans, The Gray Man features Dhanush, Ana de Armas, Jessica Henwick, and Regé-Jean Page in key roles. Going by what we saw in the trailer, these characters may add another layer to an already complex narrative.

Anthony Russo and Joe Russo direct The Gray Man, based on Mark Greaney’s 2009 novel of the same name, off a script the latter wrote with Christopher Markus and Stephen McFeely.

When: July 22
Where: Cinemas

Ranbir Kapoor, who last played Sanjay Dutt in the 2019 biographical drama Sanju, will be seen alongside the man himself in the period actioner Shamshera. The big-ticket Bollywood movie, shot on a budget of Rs. 150 crore, has managed to excite fans with its visually-appealing trailer, which features Kapoor in the role of a dacoit who takes on Dutt’s “evil daroga” Shuddh Singh.

When: July 29
Where: Disney+ Hotstar

Janhvi Kapoor steps into Nayanthara’s shoes for Good Luck Jerry, the Hindi remake of her 2018 Tamil hit Kolamaavu Kokila. The black comedy crime-thriller features the Gunjan Saxena actress in the role of a young woman from a financially destitute family, who is forced to enter the drug trade to arrange money for her ailing mother’s treatment.

Credit: Shamshera to Thor: Love and Thunder, the 7 Biggest Movies in July