The last Arab democracy goes under

The last Arab democracy goes under 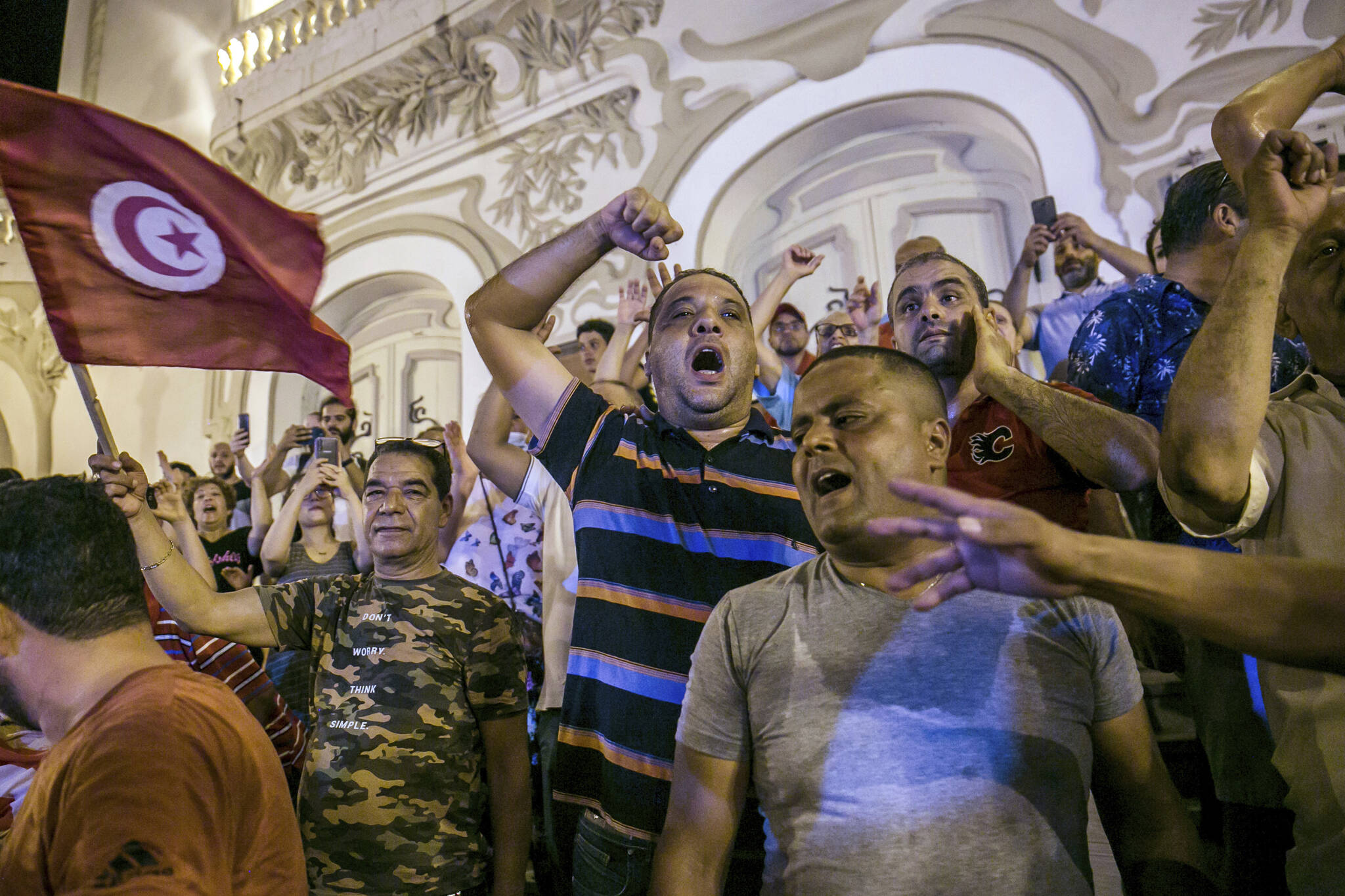 Tunisia would seem to have everything going for it. Average salaries are the third-highest in all of Africa’s 50 countries, just behind Morocco and South Africa. Literacy is 97 per cent among the under-30s, population growth is only one per cent per year, and it’s a democracy that functions under the rule of law. Or rather, it was.

The results of the July 25 referendum are in, and the proposal to give dictatorial powers to Tunisia’s usurper president, Kais Saied, got a 94.7 per cent “yes” vote.

It’s true that only one-third of those entitled to vote actually did so, and that most of the opposition parties called for a boycott. But nobody was prevented from voting: the reason the opposition called on their supporters to abstain was that they knew how badly they would lose.

How did it come to this? Eleven years ago, Tunisia was the birthplace of the “Arab Spring,” a wave of mostly non-violent democratic revolutions in the Arab world. Some were drowned in blood (Bahrain, Egypt), some turned into long-lasting civil wars (Libya, Syria, Yemen), and some just sputtered out (Algeria, Morocco). But Tunisia’s revolution survived.

However, it did not thrive. Tunisia has had 10 governments in the past 11 years, all of them crippled by the fact the biggest party, with more than one-third of the seats in parliament, was an Islamic party called Ennahda (Renaissance).

The Muslim Brotherhood-linked group was “moderate” as these things go in Islamic circles, but its leaders had been living in exile until the overthrow of long-ruling dictator Zine al-Abidine Ben Ali in 2011. It quickly captured one-third of the vote (mostly older people), and became the indispensable core of any coalition hoping to gain a parliamentary majority.

Moderate though it was, Ennahda’s Islamic priorities made collaboration with any of the secular political parties a non-stop tug-of-war, so the coalitions never survived long and very little got done. The economy floundered, unemployment soared, and it was not just the Islamic party but democracy in general that got the blame.

Much the same process happened in Egypt, except a lot faster. The democratic revolution succeeded, the dictator Hosni Mubarak was overthrown in 2011 – and the first free election brought an Islamic party to power.

Unfortunately, the principles of the Muslim Brotherhood’s “Freedom and Justice Party” made co-operation with secular democratic forces impossible, so the army made an alliance with the secular democrats and overthrew it in 2013. Then it betrayed the gullible secular democrats too, and General Abdel Fatah el-Sisi has ruled unchallenged ever since.

In Tunisia in 2022, the budding dictator is a former law professor, Kais Saied. He was elected president three years ago in a free election, and he ruled until 2021 as a legitimate and law-abiding chief executive. But as popular anger at the stalemated parliament grew, he spotted an opportunity.

Last July he dismissed the prime minister, suspended parliament and began ruling by decree. Two months ago he gave himself the power to fire judges as will, and promptly sacked 57 of them. And this month he staged the constitutional referendum that makes all these changes permanent.

The forms and rituals of democracy are observed, but the new reality is an autocratic ruler who can probably arrange his own re-election indefinitely – although to ensure no popular resistance, he will eventually have to re-create the old police state as well.

The sad truth is that Kais Saied, a former law professor, has the support of the great majority of Tunisia’s 11 million people for the moment. A recent opinion poll found 81 per cent of Tunisians prefer a strong leader, and 77 per cent don’t care if that leader is elected or not, so long as the economy creates jobs and delivers a decent standard of living.

The same poll, conducted by Arab Barometer, a research network based at Princeton University, found similar majorities in favour of strong-man rule exist in almost all the other Arab countries. In only one Arabic-speaking country, Morocco, do most people disagree with the statement that a country needs a leader who can “bend the rules” to get things done.

The Arab world is the least democratic region of the world because Arabs have come to believe the economy is weak in a democracy. This is a bizarre belief, since almost all of the world’s richest countries are democracies, but it sounds right to Arabs because their democracies don’t work at all well.

The truth is they don’t work well for Arabs, because Arab democracies are usually sabotaged and often paralyzed by the zero-sum competition between two rival revolutionary movements, democratic and Islamist. There’s no short-term solution to that.

Gwynne Dyer’s new book is The Shortest History of War.