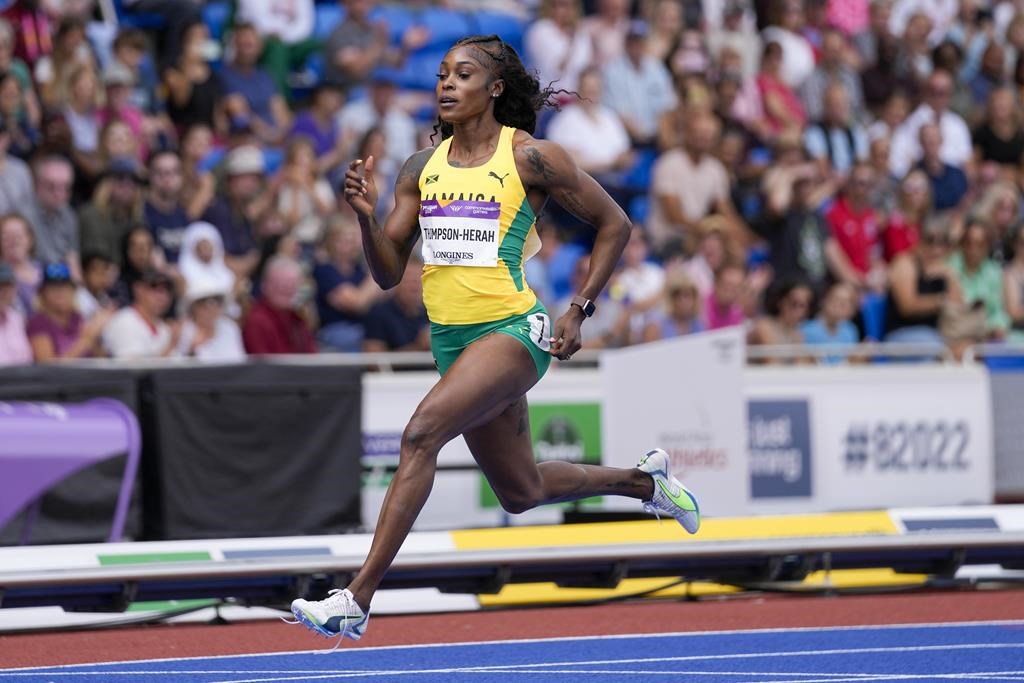 BIRMINGHAM, England (AP) — Olympic champion Elaine Thompson-Herah confirmed she was the sprinter to beat in the Commonwealth Games with a strong 100-meter heat run on Tuesday.

A recent world championships bronze medalist in Oregon, the Jamaican progressed to the semifinals in 10.99 seconds when winning the second of seven heats.

The double Olympic gold medalist in the event finished behind Shelly-Ann Fraser-Pryce and Shericka Jackson in a Jamaican sweep of the 100 in the United States.

Thompson-Herah, the equal-fastest qualifier for the semifinals alongside Nigeria’s Nzubechi Grace Nwokocha, is confident she can reclaim her best form in Birmingham.

“I wanted to do well this year. It’s not on God’s watch. It is on my watch. Whatever time I put together, I will work my way back up to the top. (My plans) are to have fun, smile, breath and just run.”

The women’s 100 semifinals and final will be on Wednesday at Alexander Stadium.

India’s Murali Sreeshankar needed only one attempt to qualify for the men’s long jump final when recording a leap of 8 meters on the opening day of the athletics.

Sreeshankar, seventh at the world championships, was the only Commonwealth competitor to breach the automatic qualifying mark of 8 meters.

At the weightlifting, Canada’s Maya Laylor lifted a games record total of 228 kilograms to win the women’s 76 kilogram category.

“I feel amazing. I’m so happy to win a gold medal for Canada,” she said. “All the cheers encouraged me and the energy helped to keep me going. I just believed I could do anything my coach put on the bar and I just stayed focused.

In lawn bowls, Welsh combination Daniel Salman and Jarrad Breen defeated England’s Jamie Walker and Sam Tolchard 19-18 in a tense men’s pairs final. The English rallied from 15-6 down to tie 16-16.