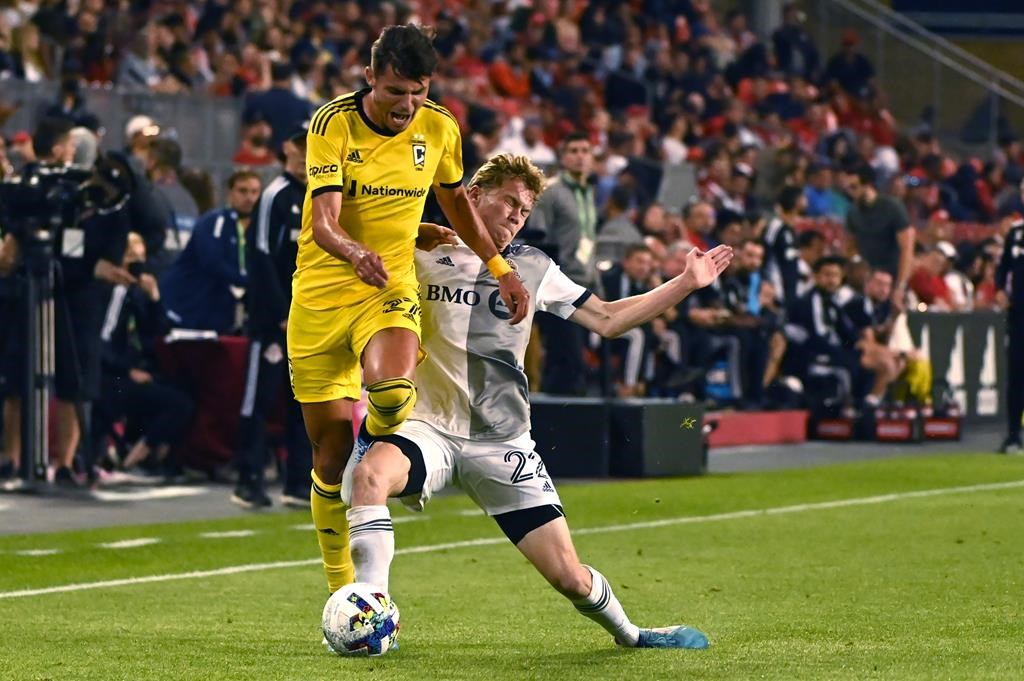 Toronto FC has loaned Canadian winger Jacob Shaffelburg to Nashville SC for the rest of the 2022 season.

Nashville also gets a 2022 international roster spot from Toronto and the option to make the loan a permanent move in 2023. In exchange, Toronto receives US$225,000 in 2022 general allocation money.

“Jacob is a versatile wide player with rapid pace that makes him a constant threat,” Nashville GM Mike Jacobs said in a statement. “We are excited to add him as he has the potential to provide a different dimension to our group. At a young age, he also has excellent experience in MLS as well as in representing his country.”

The 22-year-old from Port Williams, N.S., has appeared in 13 league games for Toronto this season, including six starts, with two assists.

Shaffelburg, who signed with Toronto as a homegrown player in 2019, has made 61 appearances for TFC in all competitions.

Internationally he has won three caps for Canada.