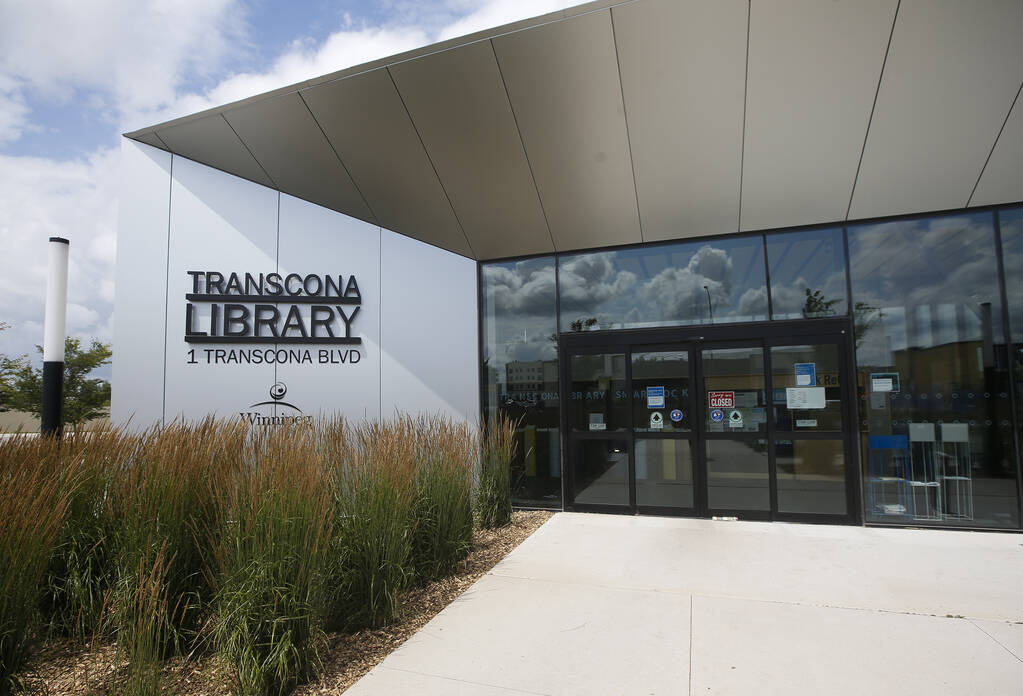 The city has changed the hours of the Transcona Library after a homeless person was sleeping in its vestibule and barred the door from the inside.

The library was previously open 24/7 to provide customer access to the interior book return and to the smart lockers for holds and pick-ups.

“We have had an issue with a person experiencing homelessness accessing the vestibule after the library is closed, sleeping there and on one occasion barring the door from the inside. This has a negative impact on customer access and presents risk to the person in the event of a medical emergency, fire, etc.,” a city spokesperson said in an emailed statement. “We have taken steps to resolve this situation through staff interaction with the person, attempts to connect them with one of our Community Crisis Workers, and scheduling of mobile security to do checks during the evening and on weekends.”

Since July 26, customers have only been able to access the book return and smart lockers during hours of operation, but a new exterior book return will be installed in the near future.

Eilean McKenzie-Matwiy frequently used the after-hours features and had to adjust her routine to get to the library.

“I love the smart lockers because I work, so I can’t always be there during library hours. After work, I’d have to make a quick detour on the way home when I worked downtown to pick up my books, so the smart lockers were a great system that I could go whenever the time was convenient for me.”

She said the recent changes are unfortunate but understandable and illustrate a bigger problem in the area.

“This is part and parcel of larger issues that Transcona now has to deal with. We don’t have a good strategy to deal with homelessness. It’s not the library’s fault. It’s a city issue, so I understand it and I understand the changes that were done at the Millennium Library as well to bring in metal detectors for the safety and security of staff,” she said. “I wish there was a solution that could help the people that are moving in overnight and using it as a warming shelter in the winter or as a cooling shelter in the sweltering heat of the summer.”

The changes come a month after a fierce debate was had regarding the dismantling of Transcona’s bus shelters in an effort to prevent homeless people from gathering.

“I know we’re not unique in these challenges. I’ve had it raised to me, particularly by females, who have encountered some uncomfortable situations that they did not feel safe. The importance and safety for the employees and patrons is important and I hope these changes help reassure the public and staff that it’s safe to come to our Transcona Library,” he said.

Nason said the changes are an adjustment for now and it’s possible the regular hours could return in the future.