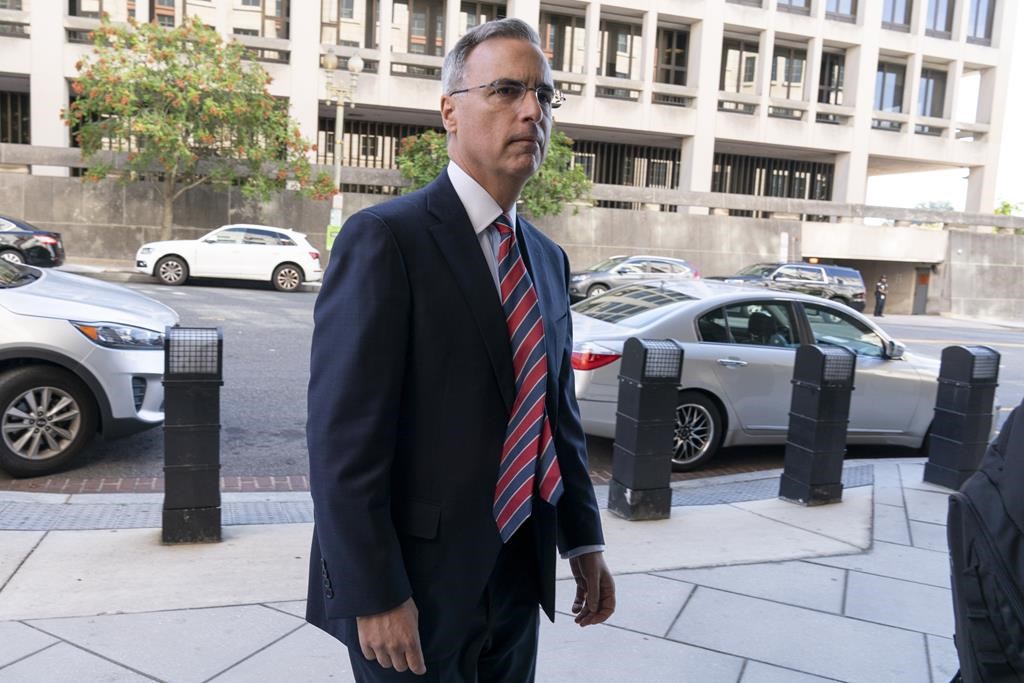 Pat Cipollone was the top White House lawyer at the end of the Trump administration as Trump and outside allies pressed for ways to overturn the Republican’s loss to Democrat Joe Biden, culminating in the Jan. 6, 2021, insurrection at the U.S. Capitol.

Cipollone vigorously resisted efforts to undo the election and has said he did not believe there was sufficient fraud to have affected the outcome of the race. Trump has insisted the election was rife with fraud and was stolen from him despite the fact that numerous federal and local election officials of both parties, a long list of courts, top former campaign staffers and even his own attorney general have said there is no evidence of the fraud he alleges.

Cipollone and Patrick Philbin, a deputy White House counsel also set to appear before the grand jury, also have cooperated with a separate House committee probe into the deadly Jan. 6 attack and attempts to subvert the election.

Their scheduled appearances before the grand jury were confirmed to The Associated Press on Thursday by a person who was familiar with the matter but was not authorized to discuss it and who spoke on the condition of anonymity. Spokespeople for the Justice Department had declined to comment.

The grand jury appearances underscore how Justice Department officials examining schemes to overturn the presidential contest have been seeking the cooperation of senior Trump White House officials and advisers who opposed those efforts.

Federal prosecutors have been especially focused on a scheme by Trump allies to elevate fake electors in key battleground states won by Biden as a way to subvert the vote. They have issued subpoenas in recent weeks to multiple state Republican Party chairmen.

Portions of Cipollone’s private interview to the House Jan. 6 committee were featured prominently in hearings over the summer. Lawmakers aired video clips of him discussing a heated December 2020 meeting at the White House during which outside aides and advisers to Trump talked about a proposed executive order calling for the seizure of voting machines.