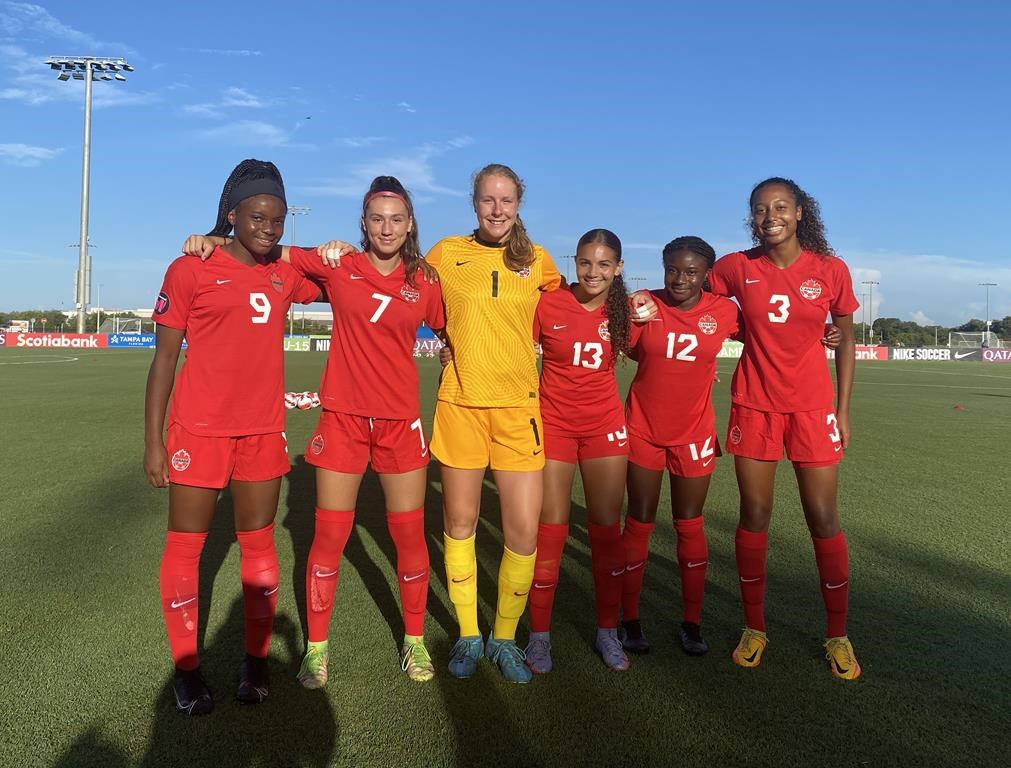 TAMPA, Fla. – Isabelle Chukwu scored with an assist from twin sister Annabelle as Canada improved to 2-0-0 at the CONCACAF Girls’ U-15 Championship on Tuesday with a 4-1 win over Puerto Rico.

The win moved the Canadians into the semifinals with one round-robin game remaining at the 20-team tournament, which runs through Sunday. Canada will face the defending champion U.S. on Thursday in a battle of unbeaten sides to decide top spot in Group B.

Canada is competing in the eight-team League A. The top two teams in Group B advance to Friday’s semifinals to face the top two from Group A (Costa Rica, Haiti, Mexico and Wales, an invitational side).

In other play Tuesday, the U.S. blanked Jamaica 11-0. The Americans hammered Puerto Rico 12-0 on Monday.

Nikolina Istocki, Keira Martin and Taegan Stewart also scored for Canada, which led 3-1 at the break at the Hillsborough County Sportsplex. Katsi Bengoa scored for Puerto Rico via a penalty in first-half stoppage time.

Annabelle Chukwu came off the bench in the second half and wasted little time setting up her sister. Annabelle was first to an attempted clearance by the Puerto Rico goalkeeper, heading it into the path of Isabelle who slotted it home in the 56th minute.

It marked the second goal at the tournament involving Canadian twins. Keelyn Stewart set up Taegan Stewart in Canada’s opening 5-0 victory over Jamaica on Monday.

The Stewart sisters are from Calgary while the Chukwus are from Ottawa.

Istocki had two goals Monday with Martin and Annabelle Chukwu also scoring. The Canadians are coached by Jasmine Mander.

The three group winners and the best second-place finisher advance to the semifinal stage in League B.

Teams that do not advance to the knockout round will play an additional match to determine final placement, ensuring every team plays a minimum of four matches.

The 2020 competition was cancelled due to the pandemic.