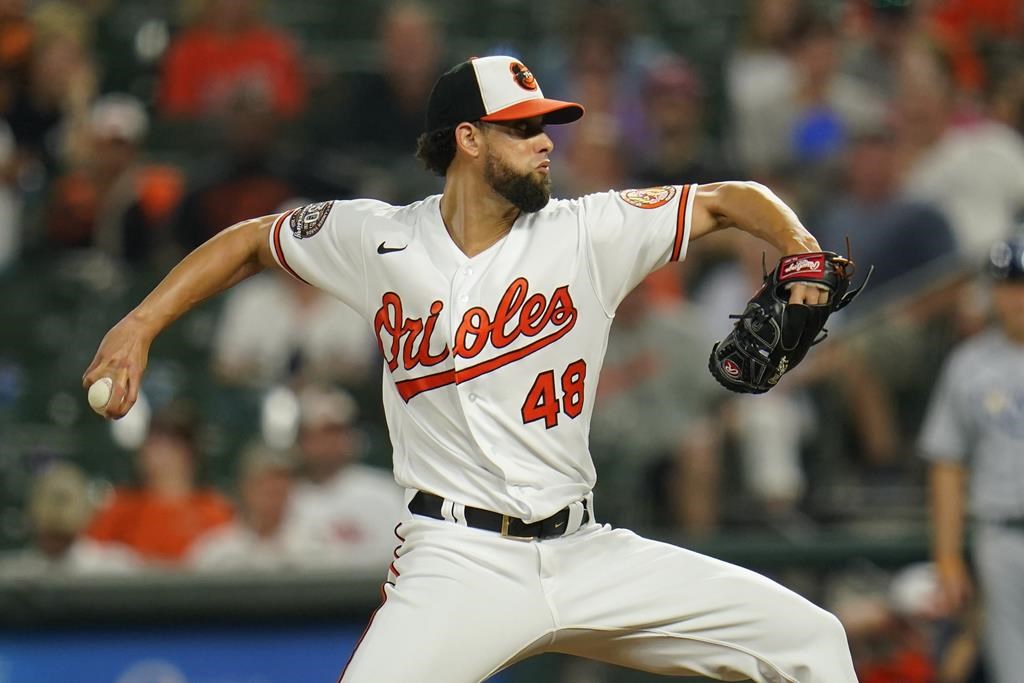 MINNEAPOLIS (AP) — The Minnesota Twins bolstered their bullpen ahead of Tuesday’s trade deadline by acquiring closer Jorge López in a deal with the Baltimore Orioles for four pitching prospects.

The 29-year-old López is in the middle of a breakout season, with a sparkling 1.68 ERA and 19 of his 20 career saves. He joins a Twins team that had a 3.84 relief ERA entering the game against Detroit on Tuesday night, with Jhoan Duran the lone late-inning option who has been consistently reliable this year.

The surprising Orioles are in the mix for an AL wild card. But they traded slugger Trey Mancini to Houston as part of a three-team deal on Monday before shipping López to the AL Central leaders.

The 22-year-old Povich, a third-round pick in last year’s draft, is 6-8 with a 4.46 ERA in 16 starts at High-A Cedar Rapids this season. Cano, a 28-year-old right-hander, made his big league debut in May and was sent back to Triple-A St. Paul on Monday.