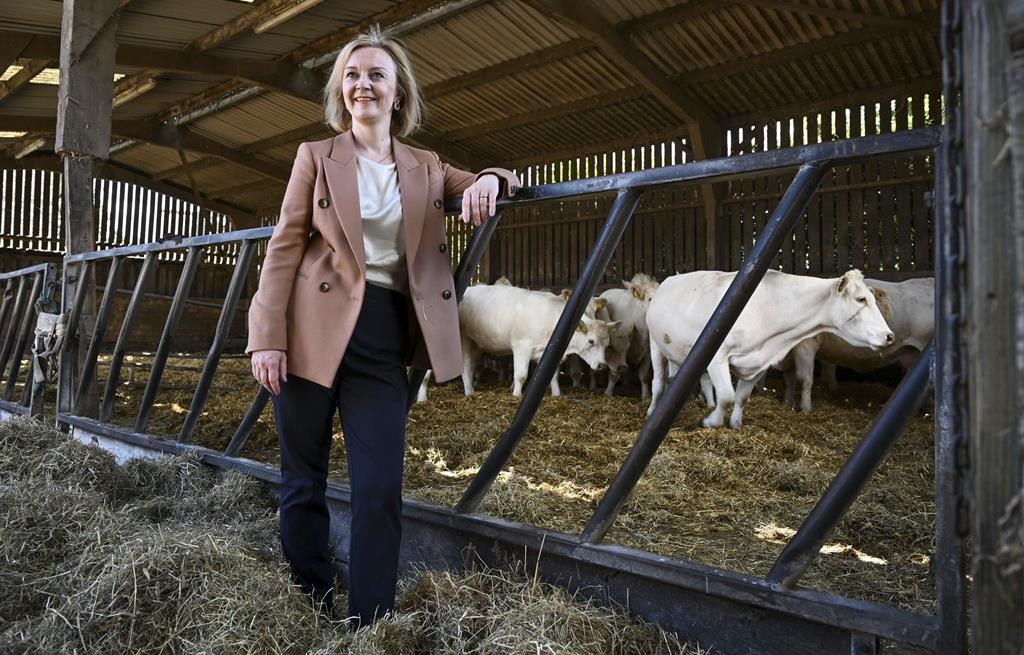 LONDON (AP) — British Foreign Secretary Liz Truss has bolstered her front-runner status in the race to succeed Prime Minister Boris Johnson by gaining a valuable endorsement from a former rival. But the race remains volatile, and Truss was forced Tuesday to drop a proposal to cut some public sector salaries after the idea drew scorn from fellow Conservatives.

Truss, who is running against ex-Treasury chief Rishi Sunak, said Monday that she would reduce salaries for civil servants living outside London, in cheaper parts of the country, as part of a “war” on public sector “waste.” She said the move could save taxpayers up to 8.8 billion pounds ($10.8 billion) a year, but critics said it would mean cutting people’s pay at a time when prices for food and fuel are soaring.

Ben Houchen, the Conservative mayor of the deprived Tees Valley region of northeast England, said he was “actually speechless” at the idea.

“There is simply no way you can do this without a massive pay cut for 5.5m people including nurses, police officers and our armed forces outside London. So much that we’ve worked for in places like Teesside would be undone,” he wrote on Twitter.

Before noon, Truss had abandoned the plan, with her campaign saying “current levels of public sector pay will absolutely be maintained” and there would be no regional variations.

Truss and Sunak are vying to replace Johnson, who resigned as Tory leader last month after months of ethics scandals.

Truss appears to have more momentum, winning the endorsement of influential Conservatives figures including well-regarded Defense Secretary Ben Wallace and lawmaker Tom Tugendhat, who was a leadership candidate before being knocked out of the contest last month.

Truss got another boost when former rival Penny Mordaunt backed her on Monday. Trade minister Mordaunt, a rising star of the party who got down to the final three contenders in the leadership race, said Truss was “the hope candidate” and had the “bold economic plan that our nation needs.”

The vast majority of Britain’s 67 million people have no say in selecting their next prime minister. About 180,000 Conservative members across the U.K. will vote in the next few weeks in a party leadership contest. The winner will be announced Sept. 5 and will automatically become prime minister. The new leader won’t have to face voters until the next general election, due to be held by 2024.

The candidates are making sweeping policy proposals in a bid to win party votes, and their promises are drawing increasing scrutiny as the summer-long election goes on.

Truss has promised to cut taxes within weeks of taking office, to “unleash” British farming by slashing regulations and to stand up to the European Union by pressing on with controversial plans to breach the legally binding withdrawal agreement the U.K. signed with the bloc when it left in 2020.

Truss has angered Scottish nationalists by saying she would refuse to allow a new referendum on Scottish independence. That’s in line with the current government’s policy, but Truss went further by calling pro-independence Scottish First Minister Nicola Sturgeon “an attention-seeker” who should be ignored.

Deputy First Minister John Swinney said people in Scotland would be “concerned, and in many cases, insulted” by the comments.

Sunak has also been accused of offering vacuous talking points designed to appeal to the party’s right-wing base, such as a vow to end “woke nonsense,” in a press release that mentioned debates over historical statues, trans rights and freedom of speech on university campuses.

On the economy, Sunak is running as an experienced minster who can guide the country through the economic turbulence caused by the pandemic and the war in Ukraine.

He accuses Truss of peddling “fairy tales” with her tax-cutting plans.

Sunak argues it is vital to get inflation under control first, but has been accused of doing a U-turn of his own by promising to cut the basic rate of income tax from 20% to 16% by 2029.

Follow all AP stories on British politics at https://apnews.com/hub/boris-johnson.