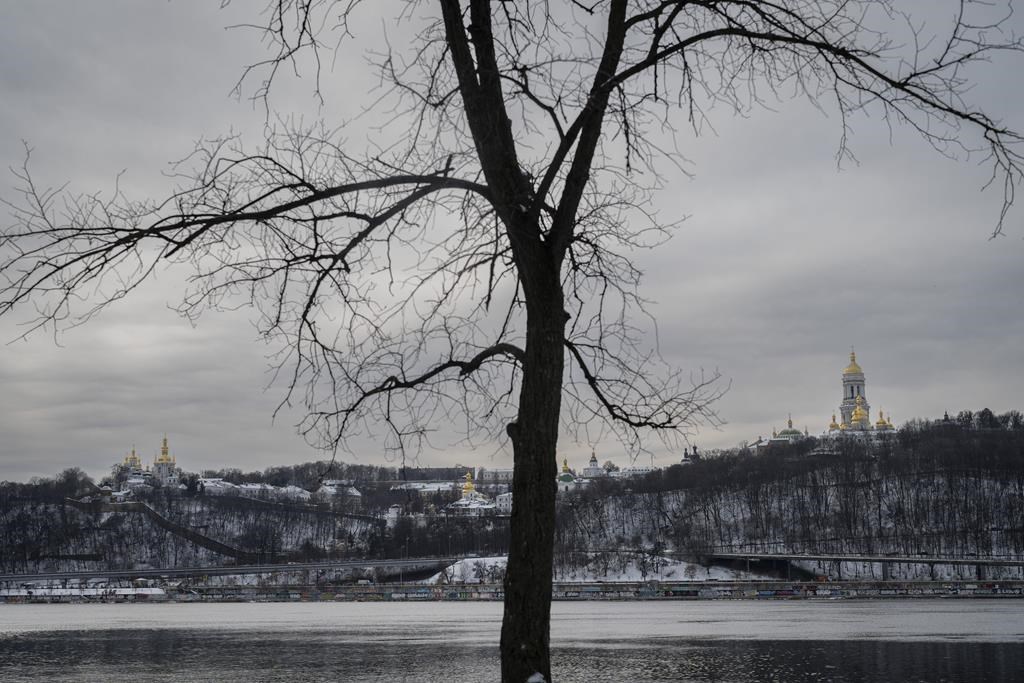 KYIV, Ukraine (AP) — Ukraine on Friday banned the activities of religious organizations “affiliated with centers of influence” in Russia and said it would examine the links between the Ukrainian and Russian Orthodox churches.

Zelenskyy’s decree additionally provided for examining the Ukrainian Orthodox Church of the Moscow Patriarchate, one of two Orthodox bodies in Ukraine following a schism that in 2019 resulted in the establishment of one with independence from the Russian church.

Ukrainian officials suspect the Ukrainian Orthodox Church is promoting pro-Russian views and that some priests may be actively collaborating with Russia. Moscow Patriarch Kirill, the head of the Russian Orthodox Church, has justified Russia’s war in Ukraine as part of a “metaphysical struggle” to prevent a liberal ideological encroachment from the West.

Kremlin spokesman Dmitry Peskov accused Ukrainian authorities last week of “waging a war on the Russian Orthodox Church.” But the Rev. Mykolay Danylevich, who has often served as a spokesperson for the Ukrainian Orthodox Church, disputed Peskov’s characterization, asserting on Telegram that the church was not Russian.

The UOC declared its independence from Moscow in May over Russia’s invasion of Ukraine.

In his nightly video address on Thursday, Zelenskyy said the use of Kyiv’s Pechersk Lavra monastery complex — a UNESCO world heritage site revered as the cradle of Orthodox monasticism in the region — would also come under further scrutiny.

Members of the Security Service of Ukraine, the country’s National Guard and police searched the monastery last week after a priest spoke favorably about Russia during a service there. The Security Service said its agents searched more than 350 church buildings in all, including at another monastery and in a diocese of the Rivne region, 240 kilometers (150 miles) west of Kyiv.

The security agency, which is known by the Ukrainian acronym SBU, said the searches turned up “pro-Russian literature, which is used during studies in seminaries and parish schools, including for propaganda of the ‘Russian world.’” More than 50 people underwent in-depth “counterintelligence interviews, including using a polygraph,” as part of the investigation, the agency said.

The investigation of the centuries-old monastic complex in Ukraine’s capital and other religious sites underscored Ukrainian authorities’ suspicions about some Orthodox Christian clergy they consider as remaining loyal to Russia. The SBU said last week’s activities were part of its “systematic work to counter the subversive activities of the Russian special services in Ukraine.”

Orthodox Christians are the largest religious population in Ukraine. But they have been fractured along lines that echo political tensions over Ukraine’s defense of its independence and its Western orientation amid Russia’s continued claim to political and spiritual hegemony in the region — a concept sometimes called the “Russian world.” Many Orthodox leaders have spoken fiercely in favor of Ukrainian independence and denounced the Russian invasion, but the recent searches show that authorities suspect places like Pechersk Lavra of being hotbeds of pro-Russian sentiment and activity.

Follow AP’s coverage of the war in Ukraine: https://apnews.com/hub/russia-ukraine