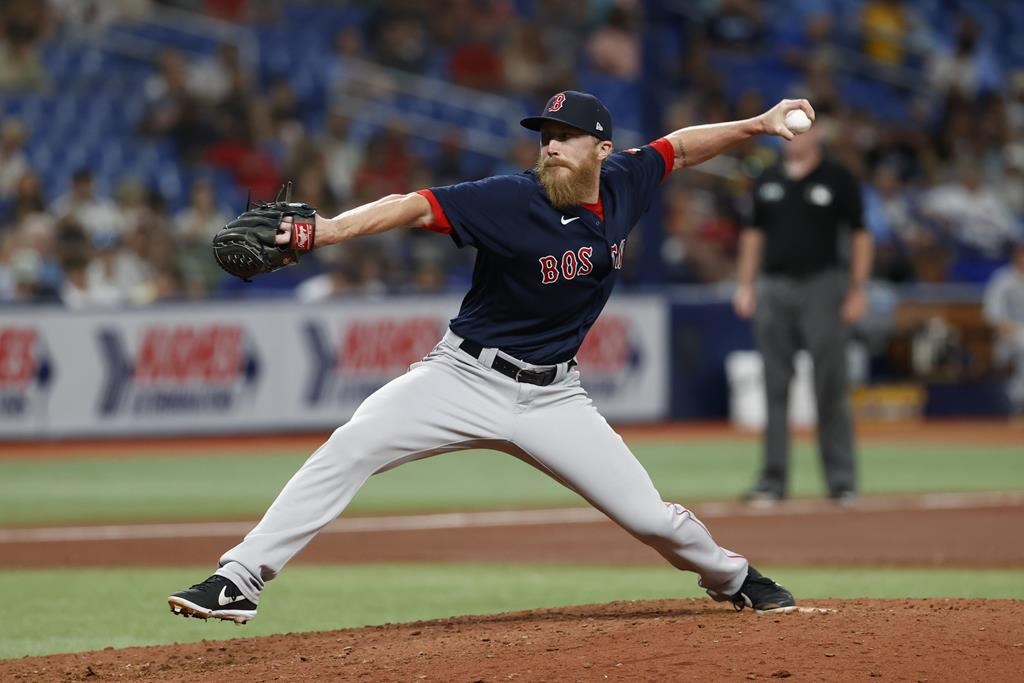 CHICAGO (AP) — The Chicago White Sox acquired left-handed reliever Jake Diekman from the Boston Red Sox on Monday for catcher Reese McGuire and a player to be named or cash.

The 35-year-old Diekman is 5-1 with a 4.23 ERA in 44 appearances this season. The 6-foot-4 Diekman is particularly tough on left-handed batters, holding them to a .188 batting average this year.

The White Sox are trying to make it back to the playoffs for the third straight season after winning the AL Central last year.

The addition of Diekman puts a second lefty in manager Tony La Russa’s bullpen, joining rookie Tanner Banks. The White Sox also have Aaron Bummer, but he is on the injured list with a strained left lat.

Diekman’s contract calls for $3.5 million salaries this year and next, and it includes a $4 million team option for 2024 with a $1 million buyout.

The 27-year-old McGuire batted .225 with 10 RBIs in 53 games with Chicago. He was acquired in a trade with Toronto in April.

McGuire became expendable for the White Sox when Yasmani Grandal returned after being sidelined by lower back spasms. McGuire also was outplayed by catcher Seby Zavala, who was batting .296 with two homers in 30 games heading into Monday night’s series opener against Kansas City.